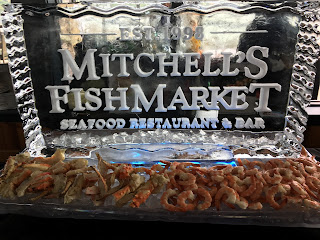 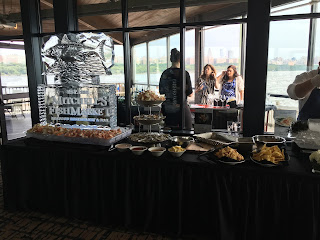 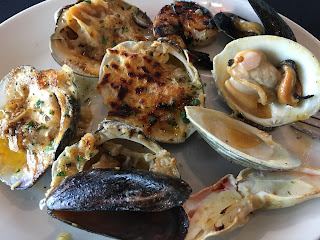 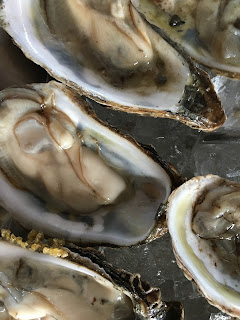 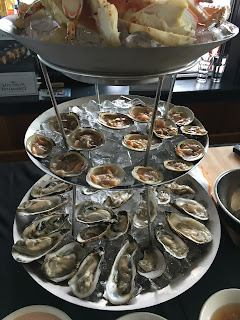 There is a new seafood restaurant that recently opened on the Hudson River, overlooking Manhattan’s beautiful skyline.  The name of the restaurant is Mitchell’s Fish Market, located on 541 River Road in Edgewater, New Jersey.

Mitchell’s dining area is close to 10,000 square feet. Much of the space is devoted to outdoor dining, with a drop dead backdrop of New York City. The open floor plan includes a main dining room, a huge bar, which was packed for ‘Happy Hour’ and a second floor event space with a 180 degree view of the Statue of Liberty and the George Washington Bridge.

Both are NY icons and reasons to visit to Mitchell’s.

I visited the restaurant during my last trip to the ‘Big Apple.’

Always a seafood critic,  I was amazed that the selection and availability of the fresh seafood was on a top ten scale..

The selection was tantalizing and more than this New Orleanian could handle.
I felt like I was at home in New Orleans, enjoying fresh, juicy and briny oysters and Gulf shrimp.

Now that I am living in Massachusetts, a New England resident, the addition of clams, lobsters and long legged crabs have been added to my diet.

I am known as a tough critic with seafood, due to my Louisiana roots. Fortunately, Mitchell's  seafood tastes authentic and easily passed my test, due to its freshness and obvious proximity  to the sea.

One of the reasons that I made the trip to attend Mitchell's opening from Massachusetts was to sample GIFFT Wines, a wine that Kathy Lee Gifford,, the television personality  promotes. It is her wine and the one she highlights, daily, during her morning TV program, the ‘Today’ show, which she hosts with Hoda on CBS.

I sampled her Chardonnay and Red Blend and found both wines, (under $16)  perfect for the palate. The Chardonnay was aged in both stainless steel and oak and was a tempting wine that lingered on the palate. The red blend was concentrated, had light fruit and seemed like a wine made for food.

Kathy Lee Gifford explained to me that she was a life-long wine lover, who decided to contact Monterey California’s Scheid Vineyards to produce wine for her. They agree in and in 2014, the GIFFT label emerged.

The obvious question is: What does GIFFT really mean? According to Gifford, the name is a play on words. GIFFT combines her last name, Gifford, with the idea that the wine will be given as a ‘Gifft.’

Her wines are highlighted at Mitchell’s Seafood Restaurant, one of the few lucky restaurants in the country to carry the 'boutique wine.'

The Chardonnay has a balance between a very crisp, fresh wine married to a rich, luscious wine. Maybe it is the marriage between an aged French oak barrels and stainless steel. Whatever it is, it’s a balanced wine that is elegant and rich. 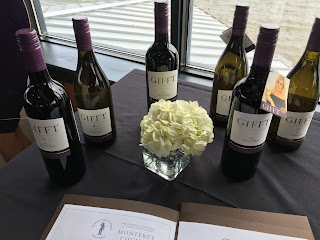 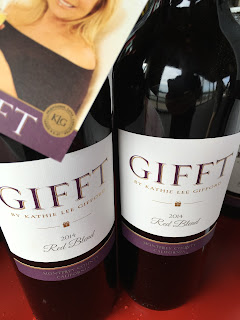 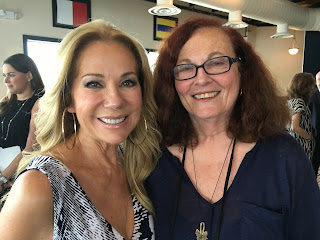 GIFFT also has a Pinot Grigio and a Rose that are in the market. Production and availability are limited.

Scheid Family wines were founded in 1972 and are a family owned company. Scheid practices sustainable farming on their ten estate vineyard located in the Monterey, California Vinicultural Appelation. They are a perfect match for Kathy Lee Gifford's entry into the wine world.

If you have further interest in GIFFT wines, visit, www.gifftwines.com

Now There Is A Prosecco Made Especially For Your 'Mood' by Philip S. Kampe 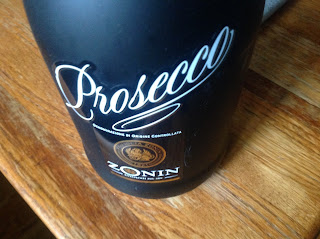 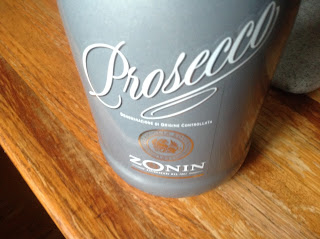 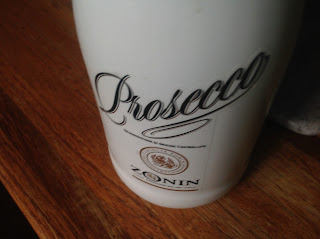 We all love Prosecco!

Now, there is an affordable blended Prosecco (under $16) that has been just introduced into the marketplace.

Zonin, a long time Prosecco producer has added a variation to the classic, 100% Glera grape Prosecco, that we all have grown to love.

Zonin now produces three versions of the Glera grape that is blended with other varietals.
The DOC regulation for the varietals used in Prosecco stress that at least 85% of Prosecco must be made with the Glera grape, while 15% can be blended amongst three other varietals: Pinot Bianco, Pinot Grigio and Pinot Noir. The color of the the three grapes vary from black to grey to white, hence the emergence of Zonin Black Edition, Zonin Grey Edition and Zonin White Edition.

The release of these three new Proseccos is beginning to roll out. I had the opportunity to sample these new editions to the Zonin portfolio. Each was unique in flavor and unlike the other.

The Black Edition is made with Pinot Noir and the Glera varietals. Small bubbles exploded with finesse as this Champagne like palate pleaser grew with intensity, sip by sip. It was as if Prosecco was taken to a higher level—obviously due to the edition of Pinot Noir.

A contrast to the Black Edition was the creamy and lively Grey Edition, made from the Pinot Grigio and Glera varietals. The flavor was like a bubbly cream soda that was hip and made for the present day. It was an obvious that the Grey Edition was made with  millennials in mind.

The White Edition, made from Pinot Bianco and Glera grapes, was the old standard. For many Prosecco drinkers, the White Edition would be the ‘go to’Prosecco. It was closer in flavor to the Prosecco that we know.

The Zonin research department has created these three Proseccos as part of an upcoming, ‘Prosecco Dress Code’ campaign that will focus on consumer’s feelings and moods. That concept translated, means, each of the three new Prosecco’s will suggest a style to be consumed, depending on what your mood is.

Zonin has defined each Prosecco by mood.

The mood the Black Edition evokes is: mysterious, elegant, enchanting, sexy and charming.

The mood evoked by the Grey Edition is: modern, cool, informal, dynamic and urban.
The White Edition denotes that your mood is: free, young, joyful and timeless.

Time will tell if this experiment in ‘bubbly psychology’ will work or not.  Certainly, you will hear more about it, as this product hits your wine merchants shelf.

(My taste buds led me to the Grey Edition--not through mood, but, through my palate) 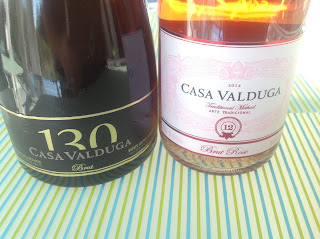 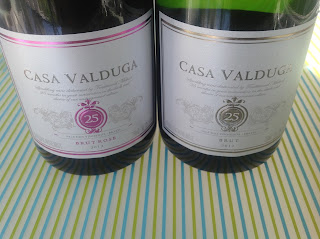 Luiz is the founder of the #Winelover Community, with over 20,000 members worldwide and at last count, 38,888 Twitter followers.

Luiz was born in Brazil, as was his wife, Nanci Bergamo. They both still have Brazil in their souls.

At our (with my wife, Maria) last visit to their home (mansion) in Wellesley, Massachusetts, Luiz poured a 'sparkling wine'to welcome us to their new house. He said, 'I bet you can't guess where this wine is from?' Honestly, I was stumped. Luiz proudly said, BRAZIL.

That is when my fascination for sparkling wines from Brazil began.

During my journey to find the best sparkling wine from Brazil, I stumbled onto Casa Valduga, a winery with a 140 year history in Brazil. The Valduga family arrived in 1875 from northern Italy. Winemaking began in Brazil four generations ago.


Today, Luiz Valduga heads the operation at Casa Valduga, where modern technology and old world charm meet. The sparkling wines are made the Traditional Method also known as methode champenoise.  This is the same way champagne is made, using a second fermentation. This process creates the highest possible quantity of bubbles, as the maturation process occurs in an underground sparkling wine cellar, considered the largest in Latin America, with a capacity of more then six million bottles.

The vineyards of Casa Valduga lie in three locations in the south of Brazil:
Vale dos Vinhedos—Leopoldina
Serra do Sudeste---Identidade
Campanha—Raizes

The sparkling wines that I sampled are rivals of the famous French houses. After sampling ‘130’ from Casa Valduga, I realized that the traditional grapes, 70% Chardonnay and 30% Pinot Noir, have a home in Brazil.

The ‘130’ was elegant, creamy, full of bubbles, intense and persistent.

The 2014 Blush, made with 70% Chardonnay and 30% Pinot Noir was overly aromatic and flavorful focusing on honeydew melons, cantaloupe and toasty almond butter. The lingering finish coated my palate for several minutes.

2014 Brut Arte was made with 60% Chardonnay and 40% Pinot Noir. Fresh red fruit mixed with an undying acidity made this sparkling a favorite of mine. The aroma of honeysuckle hypnotized me.

During my quest for sparkling wines from Brazil, I went a little off the course and sampled an amazing 100% Cabernet Franc from Casa Valduga named ‘Raizes’ a 2012 and a 2014 Cabernet named ‘Don Guberino.’

Both wines are on their way to stardom.

As is Casa Valduga, a wine imported by Heritage Brands of California. 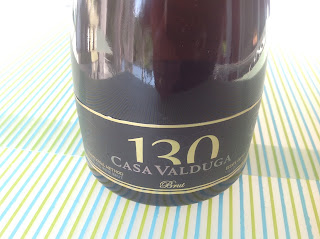 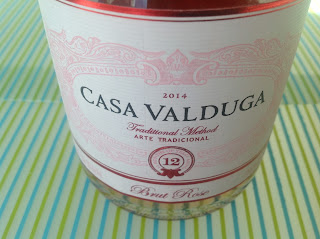 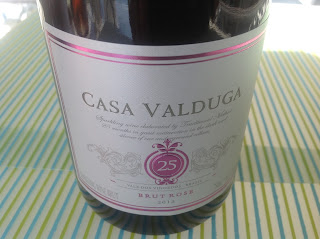 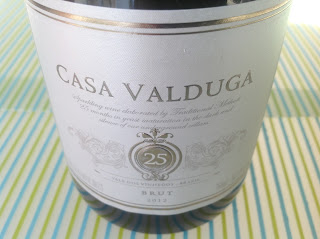