Our Wine For Our Vacation, A Tale by Philip S. Kampe

Who would have ever thought that on an upcoming twelve day New England ‘Foliage Tour’ that the wines that our small group of four were going to bring with us were going to be controversial?  To analyze that statement, let’s look at the facts. We will travel, give or take, for twelve days, viewing foliage from Massachusetts to Vermont to New Hampshire to Maine and back to Massachusetts.

Our group of four consists of two focused wine geeks, one generic wine drinker and the ‘Wild Card’, a woman who likes Caribbean flavors and Spanish flavors, sort of sweet, flavorful, focusing on pineapple, guava and other exotic fruits. Wine was not her thing, at least, that was my gut feeling. My job was to find a wine that all of us could drink during the journey.

She was the factor that determined our wine experience for the trip.

We booked only Airhub condos and private houses for the journey, hence we had easy access to a refrigerator.

So, my job was to acquaint her with wines and flavors that may be universal to everyone. Ten days is a lot of time and drinking the right beverage is essential.

Sometimes, one must give up their wine drinking habits to make others happy.

This is one of those situations.

Three days before we packed the car for the journey, a wine test was the practical way of determining what wines to purchase for the trip.

Seven bottled wines and two wines from the box were presented to our palate determining friend. After tasting the nine possibilities with panache and with zero contemplation, she chose the two wines in the box as the ‘mantra for the trip’.

Since the wine in the box travels better then glass bottles, the choice was certainly the best choice for the trip, even for wine geeks. The rational is simple, the wine stays fresh, the cost is low and traveling with a wine that has been opened causes no problems with the police if you were pulled over. An open wine bottle could be a potential problem.

Let me tell you about Beso del Sol Sangria.

From Susan’s choice, as the wine for the trip, many ideas about why she chose, Beso del Sol, with the bag-in-a-box concept,  as optimum for our journey.

The three-liter box is airtight, there are no corks to fall out during transport, it is low in alcohol, 8.5%, so it won’t cause much havoc versus a 16% Malbec. Since the pouch is airtight, the sangria will always be fresh. It is convenient to use and travels easily for the spontaneous picnics and stops along the foliage trail.

Sangria, now, one of the hottest trends, like rose wine has been, is pleasantly sweet, without going over the top. It is light, fruity and certainly a food and snack wine.

We are traveling with both the traditional red and non-traditional white Sangrias from Beso del Sol. 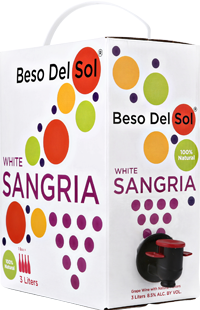 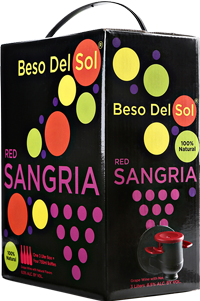 By PHILIP.KAMPE@TheWineHub.com - September 23, 2016 No comments:

Email ThisBlogThis!Share to TwitterShare to FacebookShare to Pinterest
Labels: beso del sol, philip s kampe, sangria in a box, Wines for a vacation, wines that travel

Garnacha is as an important grape as Cabernet Sauvignon. Worldwide, over 550,000 acres are planted. Spain is where I am particularly interested in. Over 175,000acres of Garnacha are planted, mostly in the regions of  Aragon, Priorat and Catalonia.

The characteristics widely associated with the grape are:
1) medium acidity
2) medium tannins
3) alcohol:13-16%
4) rich fruit flavors like candied black cherry, strawberry and raspberry
5) other flavors on the palate include tobacco, anise, cinnamon and black pepper

What I have learned about the Garnacha grape is that its medium weight and lighter ruby color with aromas of grapefruit, licorice, cherry and candied orange rind give it a recognizable aura when tasted on its own. White Garnacha is another story, but, quite similar in its origin.

Having visited both Priorat and Catalonia, I have learned that the heat in these growing regions creates high sugar and alcohol levels in the wine. Often I have sampled wines that are 16% alcohol.

Claudia Angelillo and her staff at Snooth (www.snooth.com ) sent over several bottles of Garnacha for me to taste and comment at a virtual tasting online with other wine types from all over the country. Unfortunately, my connection failed, while my enthusiasm grew regarding these wines, hence this wine post. Hopefully, next time, if I am granted another opportunity, I will have better internet luck.

The wines that I sampled are all Spanish Garnacha, two whites and three reds. 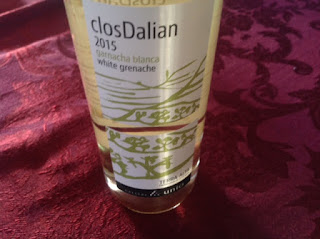 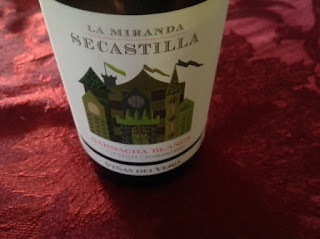 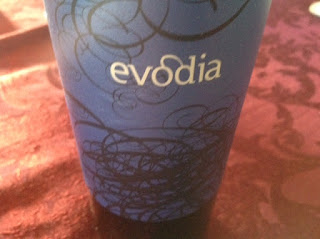 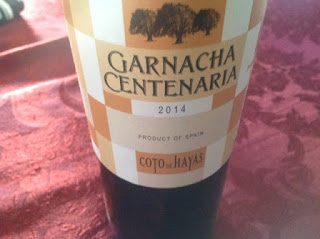 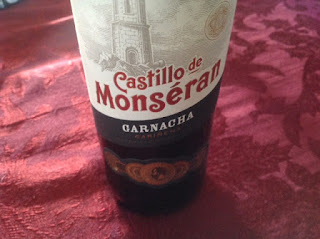 closDalian Garnacha Blanca 2015 Terra Alta ($10)
This was quite an elegant wine with aromatics of white peach, apricots and kiwi. The wine was rich and creamy in the palate, with an extra long and lively finish. It was made with 100% White Garnacha grapes. I could not taste any oak and assume it was made in a stainless steel tank. 12.5% alcohol

Castillo de Monseran Aragon 2014 ($8)
An exceptional wine for its price point of $8 or under. A bit jammy with fruit flavors of cherries, plums, strawberries and raspberries. Definitely a food wine and  a daily , ‘go-to wine.’

My knowledge of Spanish Garnacha has escalated since enjoying this huge variety of wines, mostly from Aragon, the northwest portion of Spain. They certainly are affordable, with money well spent.

Why not take your five wine Spanish Garnacha journey?
The total cost for the five bottles was $54 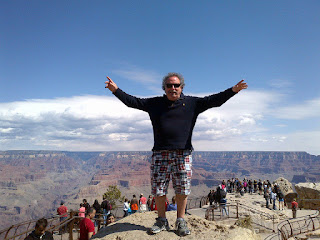 By PHILIP.KAMPE@TheWineHub.com - September 17, 2016 No comments:

Wines of Southwest France 'Shine', The Alternative to Bordeaux by Philip S. Kampe 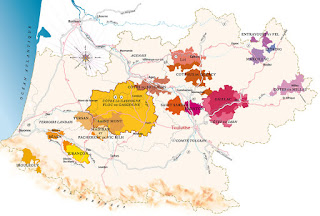 If you like to discover new French wines that do not have the price tag of Bordeaux and focus on ‘terroir’ with indigenous and international varietals, then ‘Wines of Southwest France’ may be your answer.

Many wines have the same varietals that the wines of Bordeaux, its northern neighbor, have. Add similar wine making styles and indigenous grapes to the barrel and you have some unique, stand-out wines at reasonable prices. The ‘Southwest Region of France’ is not a well known area to wine enthusiasts, including those in the trade, The rather large region stretches from the Atlantic ocean on the west to Bordeaux on the north and Spain and the Pyrenees to the east.  It is the fifth largest winemaking region in France and is home a small population that cherish nature, wine and beauty as its trademark.

The Cotes de Gascogne sub-region is known for its IGP’s. Winemakers from this area often follow their own rules for crafting wine. Experimentation is recommended. The area has it all, numerous soil types, varied topography and temperatures that range from hot to cold. Add an inquisitive wine maker to the pot and you will certainly find varied results. Success comes easily to the skilled winemaker and often pays off in exports, which are in the 60% range.

Fred Dex refers to the wines from southwest France as ‘humble and convivial’. He goes on to say that the Cotes de Gascogne area is known for ‘value white wines’, wines that restaurants pour by the glass and wines you keep in fridge for day to day use. Master Sommelier Fred Dex pointed out that these simple, entry level wines from Gascogne are perfect house wines-wines that promote citrus, grassiness and crispness.

Saint Mont, another region is Southwest France, recently has been elevated to AOP status, thanks to its co-op that has kept hundreds of farmers in business. It’s known for its high quality wines that use the co-op as its umbrella. There are 200 old year old vines in Saint Mont. The area is known as the region of indigenous varieties.

In fact, Fred Dex said that a lot of international varieties, for example, Cabernet Franc, Malbec and Tennant originated in Southwest France.

Madiran makes wines that aren’t  for the ‘faint of heart’, according to Mr.Dex.

PGI means Protected Geographical Indication. PDI describes a product whose production stages are not necessary in the eponymous geographic area, but, the product does have a link to a former famous area, ‘vins de pays.’
PDO means Protected Designation of Origin, the European equivalent of the French AOC. It designates a product that draws its authenticity and typical characteristics from its geographical origins. Expression of a close link between the product and its terroir. The product can not be produced outside of its terroir.

The wines we sampled were the recommendation of Master Sommelier, Fred Dex.

To sum up the wines, quality, value and unique grapes combined with experimentation make these wines, whose vineyards border Bordeaux, the wines of the future.

Check with your local wine merchant or online for some of the wines that were sampled. 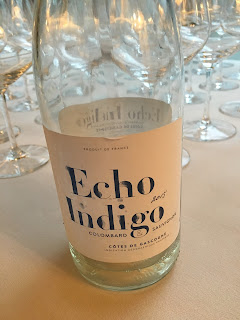 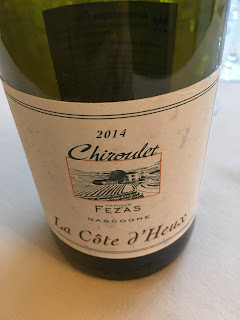 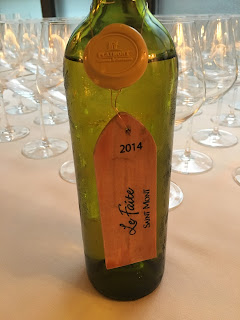 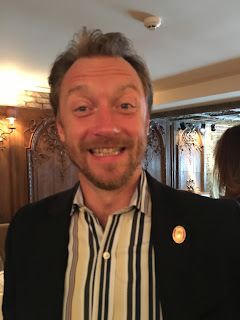 By PHILIP.KAMPE@TheWineHub.com - September 14, 2016 No comments: This is year Sixteen (16) for the Saratoga Wine & Food Festival, a tradition whose quality of wines, spirits and food keeps getting better year by year. This years personalities include: Anne Burrell, Marc Murphy, Josh Capon, Jasper Alexander, Chris Morris, Joshua Wesson and The Beekman Boys.

The three-day festival includes a variety of events from a Sunday, late morning ’Jazz Brunch’ hosted by Angelo’s Tavolo, Fish At 30 Lake; Prime at the Saratoga National and 677 Prime to tonights, ‘Fired Up!’ event, where a grill-off competition will take place. Local restaurants competing include: 15 Church; Ama Cocina; Sperry’s; Salt & Char; Fish At 30 Lake; Prime at Saratoga National and Primal: Your Local Butcher.

My favorite event, the ‘Grand Tasting’ takes place on Saturday from 1-4pm (VIP 12-4pm). The Grand Tasting focuses on hundreds of wines, spirits, beer and local and international culinary products including cheese, salami and a vast array of charcuterie.
Add 30 participating restaurants to the mix and you will have the time of your life. On top of all of the food and drinks, culinary demonstrations, a live auction and a show of luxury cars hosted by the Saratoga Automobile Museum will dot the lawn.

Tickets and information for all of the events can be purchased online at www.SaratogaWineandFood.com 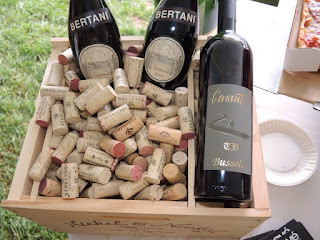 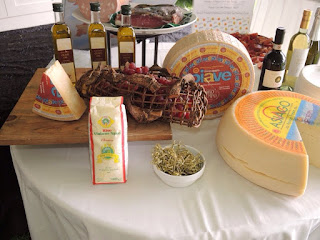 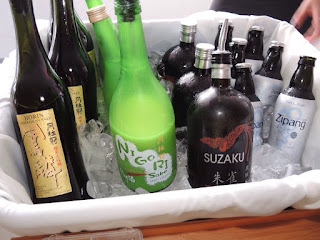 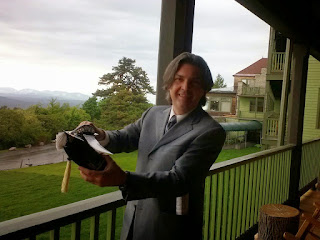 By PHILIP.KAMPE@TheWineHub.com - September 09, 2016 No comments: