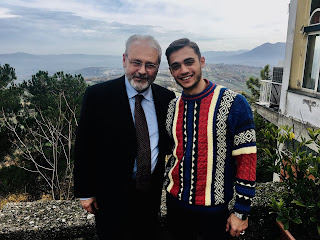 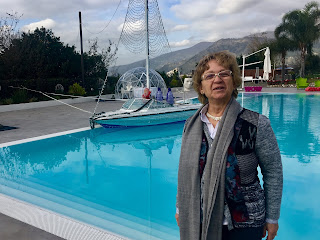 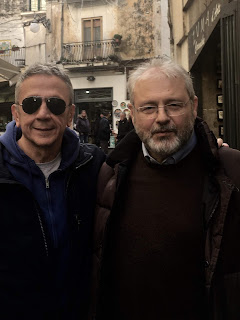 If you have never visited Campania, a region in southern Italy, facing the dramatic coastline of the Tyrrhenian Sea, the time to go is now. Not only is Campania home to the historic city of Naples, the Amalfi Coast with views of the Island of Capri, it is also home to Irpinia wines whose varietals, many indigenous, grow in the fertile soil of the province.

The Apennine mountain range is the focal point of the province..

The Province of Avellino, in Irpinia (part of Campania) incorporates beautiful mountain ranges, valleys, lakes and plateaus. It is famous for its culinary products: chestnuts, black truffles, cheese, ham and more.

Many people visit the region solely for its wines. For a not so large geographical area, the Irpinia region has had its success with the excessive number of DOCG wines that are produced.

Avellino province has numerous vineyards, many of which reside in or close to Montemiletto, an ancient mountainous town, with numerous mountain peaks topping 2,000 feet.

The mountains meander in-between valleys and rivers. It’s a beautiful region that dates back to the Stone Age.

Sampling wines from the province of Avellino led me to a Tre Buccheri award winning winery, Tenuta del Meriggio. It is a family owned winery with open space for farming. In relative terms, it is a new winery that has commanded respect, worldwide, for its 2017 Fiano di Avellino being awarded a Tre Buccheri. What that means it that that wine was selected as one of the best wines in Italy and was awarded with that honor.

Tenuta del Meriggio was founded by the husband and wife team of Bruno Pizza and Nunzia Guerriero. Together, their passion for wine led them to this estate in 2010. They purchased 100 acres of land, half of which are planted with both new and older (50 years) vines.

The two adult children of Bruno and Nunzia, Emilia and Saverio are learning the ins and outs of the wine business and with the help of a distinguished staff and consultants, the future of the winery is in good hands.

I spent an afternoon with sales manager, Paolo Sibillo. He explained that production at the winery is 100,000 bottles plus or minus depending on conditions. In future years, output could reach 300,000 bottles, if needed. Domestic sales are 70% of production, with foreign entities, including the United States (California) receiving 30% of production.

The wines are produced in a new, modern winery at Tenuta del Meriggio. Principles of environmental sustainability dominate with a deep respect for the terroir exists. Vinification can be both traditional and modern. Both stainless steel and oak are used for aging. The cellar has a green roof with a wall that is kept constantly wet by water seeping in from the ground, which guarantees the correct amount of humidity.

My next article will highlight the wines from Tenuta del Meriggio.