Superstar Winemaker Alejandro Galaz Is At The Forefront of Winemaking in Chile by Philip S. Kampe 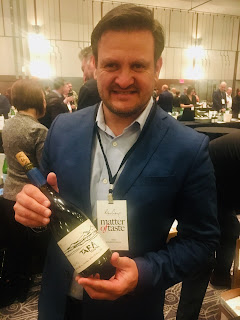 Winemaker Alejandro Galaz Is At The Forefront of Winemaking in Chile


Vina Ventisquero winemaker Alejandro Galaz specializes in cool climate wines. His goal through the years is to produce wines that are a sincere expression of elegance, distinction and subtle expression of the varietal.
Alejandro expressed that cool climate winemaking is a challenge. The grapes are handpicked in the morning, where the best grapes are selected for a fourteen hour maceration. After fermentation, the grapes are aged on lees for a minimum of three months before battonage.
Alejandro is a very fortunate winemaker. Several years ago, Chile, had a true wine renaissance. High technology coupled with innovative winemakers has paid big dividends.
The world has been a stage for the wines from Chile. The isolated wine producing region is protected by the Pacific Ocean to the west and the Andes mountains to the east. These two factors have transformed Chile into a rare wine producing country that has not seen measurable climate change.
The wines I sampled are from distinct winegrowing regions in Chile. The Casablanca Valley is not close to the sea. The varietals ripen slowly and are more like a typical vineyard elsewhere in the world. I sampled the HERU Pinot Noir, Casablanca Valley, 2017.
Contrasting locations, the Leyda Valley is only four miles from the Pacific Ocean, where morning fog and sea breezes cool the vines. The GREY Pinot Noir, Leyda Valley, 2018 was sampled.
Wines made in the Atacama Desert are in one of the driest places in the world. The sea meets the desert is the description Mr. Galaz evoked. The dry environment is home to the red grapes. Pinot Noir and Syrah, as well as home to Chardonnay and Sauvignon Blanc. Vina Ventisquero produces three exceptional examples of wines from this plateau: TARA Red Wine 1/ Pinot Noir, Atacama 2016; TARA Red Wine 2/ Syrah, Atacama 2016 and TARA White Wine 1/ Chardonnay, Atacama 2016.

One of winemaker Alejanndro Galaz wines was selected as one of 250 wines with a score of 93 points or above by Robert Parkers ‘Matter of Taste’ committee. The event was held at the Ziegfield Ballroom in Manhattan this past weekend. (see photo)

Vina Ventisquero wines are well distributed in America and should be easy to find. All bottles are around $40, with the exception of 2017 Grey Pinot Noir, which retails close to $21. 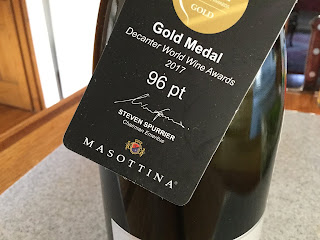 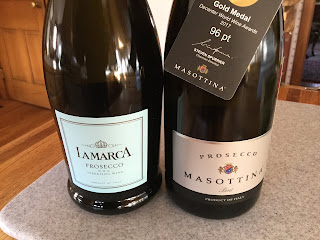 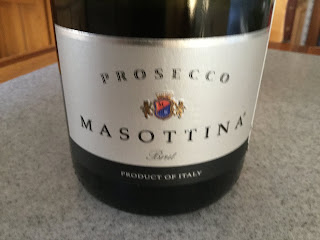 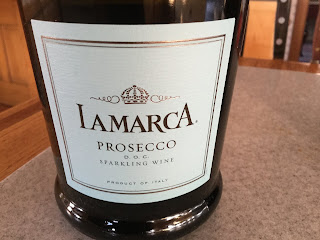 We host several Holiday parties, both in Massachusetts and New Jersey.
Its a great time to share wines and holiday cheer with your close friends.
I have been the cook for the past twenty-five years. Everyone seems to come for lasagna, a tradition that my wife’s mother, Anna, began years before I was in the picture.
I’m blessed to carry on the tradition.
At one point, when I was in the cheese and gourmet food industry, I would stock up on cheese and easily would serve twenty styles of cheese along with an array of various foods.
Those days are over.
Now, since my life has focused on wine for the past fifteen years, wine is the focus. At parties, though, consumer wines are my go to. That brings us to these two great bubblies that are reasonably priced and are always well received by guests.
Northeastern Italy is famous for sparkling wines. The famous Prosecco growing region is hilly and beautiful. The glera grape is abundant and is the varietal used to make these two, DOC, crowd favorites.
Both Lamarca and Masottina add that special, festive quality that defines the holidays. They are both food friendly, have balanced acidity and enough fizz to whet your appetite. I like to use them as an aperitif, before or after the meal.
The choice is up to you...

Omni Wines-An Importer/Distributor With A Mission by Philip S. Kampe 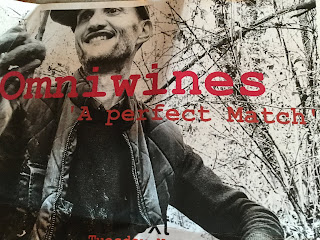 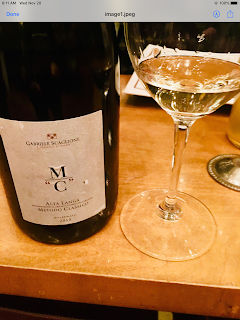 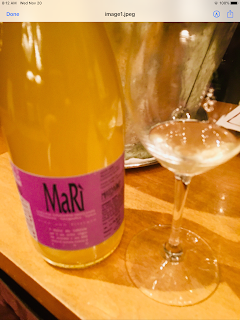 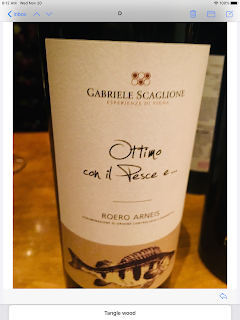 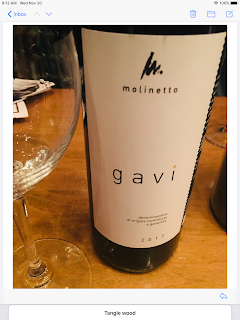 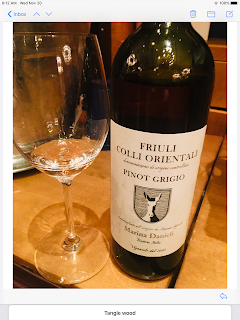 In 2000, Omniwines Distributing Company was established in New York. Shortly after that, I met Camilo Ceballos, now wine director for this passionate company that specializes in estate bottled wines that have historical character integrated with heartfelt, inspirational wine making traditions.
Through the years Omniwines has showcased their wines at various tastings throughout Manhattan, where I had the opportunity to sample their focused portfolio.
Wines from Italy dominated at the wine tasting. Those Italian wines were not your usual suspects, but, wines from small producers in remote areas of the twenty provinces in Italy.
The same is true for their offerings from Argentina and Spain.
There are too many special wines to highlight. Its best for you to visit their website, www.omniwines.com to learn more.
I’ve included a few, random photos of some of the offerings I sampled.

L’Aperitivo Nonino-The Nonino Women Are Up to It Again by Philip S. Kampe 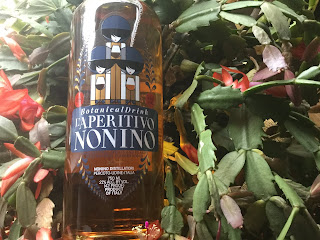 The Fifth generation of the Nonino family work together in the family business, which was created in Friuli, Italy in 1897. They are master distillers, whose spirits have been recognized worldwide for their quality and high standards.
The first time I sampled a Nonino grappa was at our relatives restaurant, La Capannina, on the island of Capri. Since that day, twenty years ago, Nonino products have been in my life and those that I entertain.
Needless to say, when the Nonino sisters, Elizabetta, Antonella and Cristina get together and brainstorm about what product to focus on for future sales, a discussion followed about highlighting their grandmothers grappa.
Their grandmother was Silvia Milocco. She was the first woman in Italy to produce grappa. In 1940 she created L’Aperitivo Nonino. It was lost to the war and just resurfaced as L’Aperitivo Nonino Botanical, thanks to the sisters.
The appetitivo is made with sixteen botanicals, is all natural and for today’s world, is vegan friendly.
Its a bit bitter, with notes of fresh citrus, white peach, rhubarb and bitter, gentian root. The infusion of berries, herbs, flowers and roots help create a fruity and fresh, citrus product.
Distillation was batch with head and tail removal in artisanal copper steam stills.
I sampled the appetitivo with ice. Its 21% abv went unnoticed:
At close to $40 a bottle, it’s a no brainer.
Hats off to the Nonino Women! 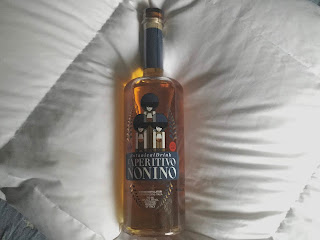 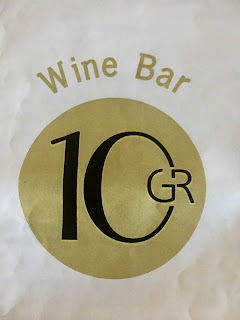 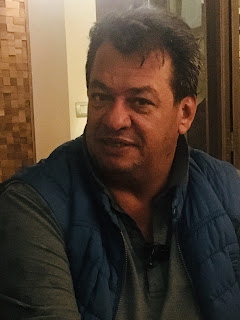 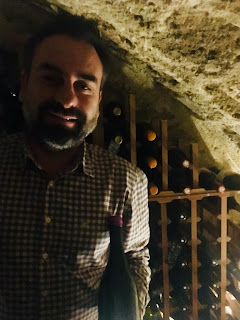 The wines from Greece vary from location to location because the varietals that can develop and mature on one terrain-think high mountains-don’t necessarily do well on the other-think sunny islands.

The wine regions in Greece include three mainland regions : Northern Greece (including Macedonia); Southern Greece,(including Crete); Central Greece,( including Attica); and the Aegean Islands, (including Rhodes and Santorini).

Winemaking dates back nearly 6,500 years. Historically, there is evidence that suggests that the earliest remnants of crushed grapes originated in Greece.

I was in the same boat. I had limited knowledge about Greek wines until I took a trip to the Island of Rhodes. An hour by air from Athens, Rhodes is  located in the Aegean Sea., nearly touching Turkey.

The food is Mediterranean and the wine scene exists with random tastings day in and day out. The tastings take place all over town, in both the new and the walled Old Town of Rhodes.

Once inside the Old Town, you will find a ‘world class’ wine and spirits shop called “marinos s.a. The shop has been a fixture of the community for generations. Owner, Theofilos Marinos, who I met on my last night, was an impressive, knowledgeable and generous shop owner. He offered to open any bottle in his shop for us to sample. We (Kosmas Sarakinis) said, ‘next time.’

Kosmas manages the hip ‘10GR Wine Bar,’ located below the upscale 10GR Hotel. Owner and entrepreneur Mzanolis Zaranis opened both establishments, under one roof, because of his love for the hospitality business. He is an active owner and loves both businesses.

Kosmas introduced me to the wines from Rhodes-which is a perfect start to the puzzle of Greek wines. Rhodes is home to numerous wine varietals. Two PDO wines are from Rhodes, the PDO Muscat and the PDO Rhodes. Greeks like either sweet or dry wines. Restaurants ask it in that manner. Do you prefer white sparkling or red? Sweet or dry? It makes it easy for the consumer.

The varietals that I sampled from Rhodes were Malagousia, Athiri, Muscat di Trani, Mavrathiriko, Amorgiano, Muscat White and Assyrtiko.

If you can get past the difficult indigenous varietal names, the rest is easy. There are a few varietals that are essential to learn about. You must sample the wines with these grapes and understand what your palate tells you.

After a long conversation with a few Greek wine specialists, there are certain indigenous Greek varietals you should sample and learn about.

Do your homework and search the internet, your local wine shops or your friends wine cellar for these varietals:
Xinomavro
Moschofilero
Assyrtiko
Malagousia
Agiorgotko
Saviatiano
Mavrodaphne

As I mentioned earlier, Greece is a large country with numerous terroirs. Grapes grow everywhere that you travel in Greece. Vineyards are abundant in the Aegean Islands,  Peloponnese, Macedonia, Crete, Epirus, the Ionian Islands and Thessaly.

If you need suggestions for wines, here a few that I sampled at the 10GR Wine Bar.

As I learn about the grapes of Greece, as well as searching wine sellers, local, online or wherever, Ill share my wine experience in America with my readers.
If you didn't know, Astoria, Queens, New York, where my wife grew up, is known to most Greeks as the largest Greek community outside of their homeland. That is where my search for Greek varietals will begin.
Again, I would like to thank Kosmas Sarakinis for starting me on this journey.

The LEGENDE begins in Bordeaux under the Supervision of the Lafite Empires Oenologist Diane Flammand by Philip S. Kampe

LEGENDE wines, produced by the Rothschild family, home of Chateau Lafite, and a project of notable winemaker, Diane Flammand, is a group o... 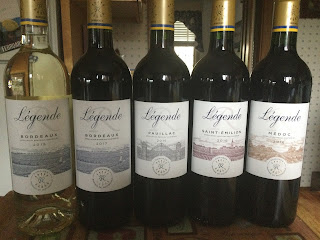