Spring is in the air. Flowers are beginning to bloom. Birds are everywhere. And EASTER is around the corner. Traditionally, after 40 days and nights of suffering, it is, once again, time to re-learn your bad habits. If you gave up chocolate or alcohol for 40 days, Easter Sunday is your day to return to your vices.

Traditionally on Easter Sunday, HAM with some sort of sweet glaze is served as well as LEG OF LAMB made with the rosemary and garlic.

EASTER is a true CELEBRATION. Wines are necessary to pair with HAM and LAMB.
I have a few recommendations from a wine associate in Manhattan:

After attending an extremely well-polished, sophisticated wine tasting featuring PORTUGAL'S "Light, Spontaneous Wine", VINHO VERDE, I realized that I was drinking 'Summer In A Bottle'.

The aroma of citrus and fresh green herbs seduced me.

Spring is in the air and somehow, the citrus, tart, pear/apple flavors of VINHO VERDE burst onto my palate as if it were 95F (35C) outside and I was hot and in need of a beverage to quench my thirst.

VINHO VERDE is a wine from the MINHO region of northern Portugal. I have not visited the area, but, have heard from others how majestic the region is.

Vinho Verde means 'Green Wine' but when translated by the vineyard owners and winemakers at the tasting, they say Vinho Verde actually means 'Young Wine'.

VINHO VERDE refers only to this one region in Portugal and has no imitators. The wine can be white, red or rose. Many wine growers, due to tradition, 'Train their Vines' high off of the ground to help create an easier harvest (see FACTS below).

FACTS about VINHO VERDE:
+ The Romans reached the Atlantic (Portugal) 2000 years ago carrying Vinho Verde's first vines.
+ First recorded sales transaction of Vinho Verde occurred in 870 A.D.
+ Vineyards were planted by religious orders to take advantage of tax breaks.
+ In the 12th century wines were exported to England, Germany and Flanders.
+ With the arrival of corn in the 16th century and lack of space to plant the crops, the vineyard owners were told to drape their vines on trellises and use ladders to pick the grapes, thus making room for the corn.
+ The 'Vinho Verde Region' was recognized by law on September 18, 1908.
+ Regulations controlling the production of Vinho Verde were set-up in 1929.
+ Vinho Ver4de received its DOC in 1984.
+ Currently there are over 90,000 acres (35,000 hectares) of vines planted in the Vinho Verde region of Portugal.
+ There are over 600 bottling plants in the region.
+ 80 Million liters of wine are produced annually, with 85% White, 13% Red and 2% Rose.

Portugal is renowned for it's production of wines and known for PORT and MADEIRA.
The reputation and popularity of Vinho Verde is growing internationally. The wine has a slight spritz, once due to a secondary fermentation.

When you discover the taste of Vinho Verde and ask what grapes are used to make the wine, numerous indigenous varieties emerge.
The WHITE Grape Varieties of Vinho Verde include:
ALVARINHO (Albarino)
ARINTO
AVESSO
AZAL
BATOCA
LOUREIRO
TRAJADURA

The two most successful white varietals include ALVARINHO (Albarino) and LOURIRO.
ALVARIHNO produces low yields,while the aromatic LOURIRO produces higher yields.
Most whites contain medium alcohol(12.5%) and are usually lemon/straw in color.
Whites tend to be dry, medium to full-bodied and aromatic with fruity, citrus overtones.

Red wine production is dominated by the VINHAO grape. Wines tend to be full-bodied with intense color. Most vineyards thrive in the granite-rich soil that dominates the hillsides or man-made terraces (like Douro).

VINHO VERDE wines have gained renewed popularity (250% increase in volume in 2010-2011) in America. The enthusiasm has propelled a three-year campaign to create awareness and interest in VINHO VERDE wines in the U.S.A. At the reasonable price points and outstanding quality of the Wines of Vinho Verde, it is easy to jump on the bandwagon.

CITY WINERY is sponsoring a FUNDRAISER for Music Education in New York's Public Schools. The goal is to raise money for the 'UNDER-SERVED' youth.

The 19th hole AFTER-PARTY will include GIFTS,PRIZES,GOODIES and MUSICAL PAIRINGS. 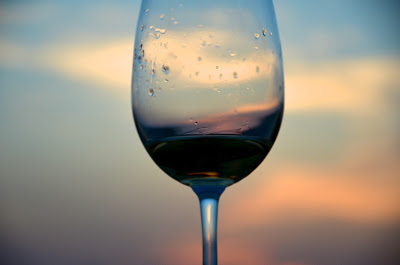 Today I woke and found this at the top of my twitter page (for everyone to see - not a Direct Message "DM"): "@thewinehub Yes, I have a thought. Two. Get a shave and visit the dentist."

I'm not going to mention who posted this (it is totally irrelevant), but I wanted to talk about it because our community cannot afford to have the general public labeling us as "you people" (when someone wants to make a reference to us - people who use social media), but it's challenging to argue against their point of view when they seem to be right... How can we possibly hold people responsible for their erratic words ("you people") when we read so many alcohol-influenced words in our realm today? I believe that the only possible method is that of our community continuing to stress the importance of responsible writing.

So here is a suggestion: Don't drink and post. We can be inspired and excited with the excess of alcohol in our blood stream, but we may find our comments regrettable the next morning. Worse than that, each one of our comments will reflect on the reputation of our community as a whole! Feel free to write anything at any time, after as many drinks as you prefer, but please refrain from "hitting the button" until you had a sober reflection of your words. We are trying to build a reputation for people who love wine and use social media to share their passion with the world. The #winelover's community thanks you in advance for understanding and contributing intelligently.

===> Being told in public that I have to shave and that I need my teeth fixed: #fail -
Making our community a better place by elevating the quality of our postings: #priceless

www.thewinehub.com
One of the  pillars of TheWineHub is Wine Tourism. Whether you are a wine maker, or a wine drinker, we all enjoy having discoveries... TheWineHub exists to help you with that.
By Luiz Alberto, #winelover - March 16, 2012 9 comments:

After wandering in a few minutes late to a Special Tasting and Launch of GERRY DAWES SELECTIONS at DESPANA (410 Broome Street, NYC), I realized that I had entered a new world of wines--maybe those I dream of--but, in this case, all Spanish wines, each unique and full of character.

GERRY DAWES is known to be the LEADING American authority on Spanish cuisine, wines and all that bear the word 'SPAIN' in any given sentence. What makes GERRY DAWES different than most is his PALATE and the way he conducts his sessions with those, like me, on the learning side.

GERRY is black and white--either you get it or something is wrong with you?

The Spanish Artisan Wine Group (www.SpanishArtisanWineGroup.com), known as GERRY DAWES SELECTIONS follows a Wine Philosophy that is the Key to Understanding WHY Gerry
chooses the wines he does. This is what I learned:
+ Gerry prefers Family owned Bodegas with non-irrigated vineyards.
+ Vineyards must reflect the individual palate of the winemaker through soil, climate and grapes.
+ Preferred wines are 13.5% alcohol or less.
+ BATTONAGE and harvesting OVERRIPE grapes is discouraged.
+ Barrel fermentation in new oak that is improperly prepared is discouraged.
+ Hand-harvesting is essential.
+ Wine closures cannot be screw top, plastic corks or composite corks with chemical binders.
+ Every year a producer makes a wine, vintage year or not, Gerry believes the producer must achieve the highest quality of wine possible for that year.

With those spelled out rules, GERRY DAWES SELECTIONS first group of wines have arrived in America and are ready to be sold.

The wines I sampled were all unique examples of wines that exhibit the talent of each winemaker to get the most out of his vineyard following the Philiosphy of Gerry Dawes. Each wine's unique flavor was a journey into palate pleasure through the correct balance of the terroir ,grapes and micro-climate.

GERRY DAWES SELECTIONS should be NUMBER ONE on your list for 'NEW WINES' to try.. 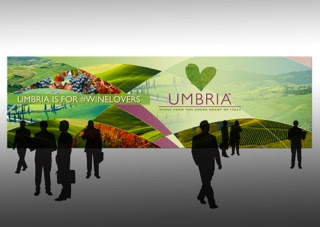 To Giulia Luccio - Thank you very much for the translation!!

Our new t-shirt layout is just out... have you seen it?
http://thewinehub.blogspot.com/2012/02/winelover-t-shirt-new-layout-is-just.html