WHAT EXACTLY IS MADEIRA? 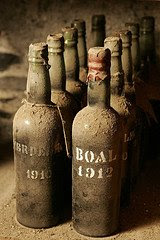 With Wine Blogging Wednesday #51 dealing with Baked Goods (Madeirized Wines), I thought it prudent to explore just exactly what a Madeira really is, how it’s made, where it comes from, etc. So after having posted a review of a particularly unique Madeira – the Blandy’s Alvada 5 Year – on my own site, Under the Grape Tree, I thought I’d use the opportunity of guest posting on the Wine Hub to go into detail about Madeira itself.
My first real experience with Madeira, and what has become a secret fascination with the wine, was deciding to use a 1933 Broadbent Bual Madeira for a vintage wine dinner being hosted by my former employer Chateau Pomije in Cincinnati, Ohio. The memory of that incredible wine still lingers, and the guests who attended, perhaps 20-25, were equally impressed, and shocked, as was I, that Madeira was not only for cooking, but for aging and truly enjoying.
And there is the biggest issue we Americans have with Madeira: our perception that it is merely a cooking wine.
Madeira comes from its island namesake, 400 miles off the coast of Morocco. Part of the sovereign nation of Portugal, it stands to reason that fortified wines would be its focus. The evolution of Madeira began with its use as ballast aboard sailing ships, as well as being a medicine used to prevent scurvy (Arrrgh!). By fortifying the wine with cane spirit, the blend would “maderize” over the course of the voyage, being exposed to long periods of heat and oxidation in the holds of the ships. 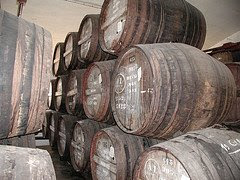 Now however, Madeira does not need long voyages at sea to “bake.” Today, Madeira wines are usually heated by storing the casks in sub-baked lofts, spending years slowly being rotated from the upper levels to finally coming to rest on the ground floor, where the wine is then bottled and shipped. There are Madeira wines that see some other forms of heat, yet they are often TOO baked, where they have a burnt sugar quality. Traditionally made Madeira demonstrates a faint caramel tang, a tell-tale sign of a good Madeira.
The major grape varieties used in making Madeira are Malvasia (known there as Malmsey), Sercial, Verdelho and Bual. These wines will usually never be blended and will be labeled as the variety on the bottle. The sweetest of these is Malmsey, which tends to be a very dark brown in color, quite fragrant and soft with a glycerol texture. Bual is lighter and not as sweet as Malmsey, yet still considered most suited for dessert courses. Bual is also in short supply these days. Verdelho is the most widely planted variety on the island, and is much drier and softer than Bual. Sercial, the least planted, is the driest of these 4, yielding a light, fragrant wine requires a lot of aging in order to be drinkable.
Vintage Madeira is out there, and it must come from one single vintage, and from one single variety, and it must be aged in cask for at least 20 years. Only the finest Madeira earns this classification. Madeira is truly one wine that only benefits from age, getting better and better the longer it is cellared.
Hopefully, this little bit of info will entice you to explore this oft-maligned wine more thoroughly.
By k2 - November 12, 2008