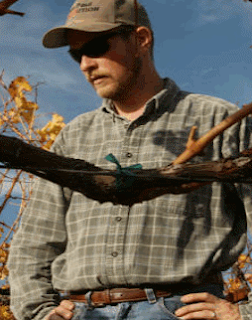 Randy Caparoso is an award winning wine professional and journalist, living in Denver, Colorado. For a free subscription to Randy's Organic Wine Match of the Day, visit the Denver Wine Examiner.

“Trying to uncover what a vineyard is trying to say,” says Steven Canter, winemaker of Quivira Vineyards in Sonoma’s Dry Creek Valley, “is like an archeologist brushing away the sand.”

Plucked by Quivira three years ago from the celebrated Torbreck Vintners in Barossa Valley, Australia, Canter is an American who had come to Sonoma in a roundabout way: first inspired by Kermit Lynch’s earthy, terroir driven imports from France, then wandering the world looking for the vinous meaning of life while picking up jobs as a cellarer in California, Oregon, Italy and South Africa.

The Quivira estate would make a particularly interesting Rubik’s Cube for any winemaker, as it sits on the gravelly, well drained yet fertile loam that has long made Dry Creek Valley a quintessential source of California style Sauvignon Blanc, Zinfandel and Petite Sirah. Planted and replanted over a course of fifty years, according to Canter, “we could see what people were doing in the ‘70s, the ‘80s, the ‘90s, etc.,” and Canter feels that he is just continuing this evolutionary process.

Grape varieties lower in pyrazine (the molecules that contribute the green herbal notes of wines like Sauvignon Blanc and Cabernet Sauvignon) were retrained on heads to make a truer, umbrella-like goblet, establishing the dappled-sunlight combination of protection (from sunburn) and exposure Canter likes to see for grapes like Zinfandel, Syrah and Grenache. Older sections were pulled out and replanted with three times more plant density. A whole half acre was removed to make room for 500 cubic yards of compost, and no less than 120 raised beds were installed for cover crop seeding, herbs going into Biodynamic® teas, and vegetables to supply a number of local restaurants. 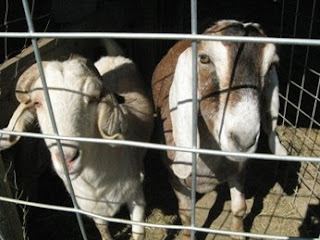 Quivira, in fact, became certified by Demeter USA as a Biodynamic® vineyard in 2005, and as part of this holistic concept, you’ll also find large contingents of chickens and goats doing their part; gobbling up pests and mowing down weeds, around and between the rows of vines, carpeted by rye grass, Austrian winter peas, beans, purple vetch, and (in beautiful bloom during our visit in March) calendula. In respect to Biodynamic preparations, Canter has transitioned Quivira even further; to the point where all the herb and compost teas are produced on-premise (including preparations 500 and 501 – from manure and quartz stuffed cow horns, buried in autumn/winter and spring/summer respectively), as opposed to being purchased from the Josephine Porter Institute in Virginia. 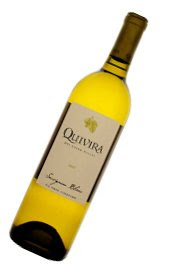 Aside from Zinfandel, Quivira’s piece de resistance has always been one of the freshest, purest Sauvignon Blancs this side of France. In Canter’s hands, the Quivira Sauvignon Blanc has evolved into a slightly crisper, citrus fresh white, with more distinctive bottom notes of minerals and stones in harmony with floral perfumes (the softer quality of the Sémillon grape has been eliminated, as this was one of the first sections of the vineyard to go upon Canter’s arrival). In current release are two lots of Sauvignon Blanc:

2007 Quivira Barrel Complete Sauvignon Blanc (about $28) – From the same grapes going into the Fig Tree cuvée, only partially barrel fermented (40%) in new oak (half French white oak, and half Acacia; the latter from a French cooper, absent the strong vanillin flavor white oak contributes to wine); adding up to a moderately scaled dry white with a subtle creaminess and distinctively silkier texture enhancing the floral, melony, citrusy, minerally qualities found in the Fig Tree.

When it comes to food, Quivira Sauvignons make effortless matches in classic dry white contexts. But when I taste these pristinely fresh whites, I cannot help but think of fresh pasta drizzled with fruity green olive oil and a mix of leafy green herbs, emphasizing the organic qualities in the wines. Here’s an interesting concept I found in the archives of KitchenGardener Magazine: setting the table with plain linguine, and allowing guests to choose their garnishes (choices of chopped, Sauvignon Blanc-friendly chives, parsley and fennel, along with shaved Parmigiano).

The only thing I’d add to the pasta table would be the additional choice of Pecorino Romano, since this sheep milk grating cheese connects with dry whites like Quivira’s on two levels: the natural sharpness of the cheese balancing the crisp edge of Sauvignon Blanc, and the pungent earthiness of the cheese playing up the subtle, stony, leafy qualities of the wine the way Chuck Berry plays his guitar (like a’ ringing a bell).
By Randy Caparoso: - March 24, 2009