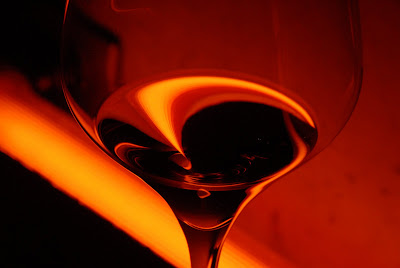 Alcohol’s Good for You? Some Scientists Doubt It.

By now, it is a familiar litany. Study after study suggests that alcohol in moderation may promote heart health and even ward off diabetes and dementia. The evidence is so plentiful that some experts consider moderate drinking — about one drink a day for women, about two for men — a central component of a healthy lifestyle.

But what if it’s all a big mistake?
For some scientists, the question will not go away. No study, these critics say, has ever proved a causal relationship between moderate drinking and lower risk of death — only that the two often go together. It may be that moderate drinking is just something healthy people tend to do, not something that makes people healthy.

My opinion is this; there is no way to reduce the risk of death. The risk of death is 100% -- pure and simple. Our choices we make in life can possibly influence how we die, if we are lucky. However our choices certainly determine how we live. It is up to us to live life to the fullest by balancing the anticipated positives and negatives that are inherent in each of our decisions.

I had a heart attack in January 1989, 2 weeks before my 40th birthday. My father died in 1969 from a heart attack at age 49, when I was 20 years old. The warning signs were there, but when you are 20, you feel invincible. I smoked, ate a high fat diet, and only did sporadic exercise. Since two angioplasties in 1989, I have had a stent implanted in 1998 and had 3 stents implanted in 2005. For the last 20 years, I changed my lifestyle. I quit smoking. I have followed a low fat diet. I eat fish, chicken and lean pork with plenty of fruits and veggies and a completely veggie meal once per week. I drink red wine daily. I take a stress test annually, with good results for the last three years. I take a statin and an aspirin daily. I added niacin, CoQ10, and fish oil since 2005. I drink lots of water daily. My blood pressure is normally around 120/80. I do cardio exercise about three to four times per week. As I approach the 20th anniversary of my first heart attack, I am in better shape now than I was 20 years ago. I am such a strong advocate of red wine consumption, that I made it my profession. I am a wine consultant / educator; a self employed baby boomer.
I fully expect to let you know how I’m doing when I reach my 30th anniversary.