As a career wine professional, I’ve always approached every new wine the same way: by, first, suspending disbelief and preconceptions when looking at it in the glass, and then asking, does it taste good… are the aromas fresh, clean and compelling… the flavors rich, balanced, fine and elegant… or are they the opposite – dull, bland, rough or lean? 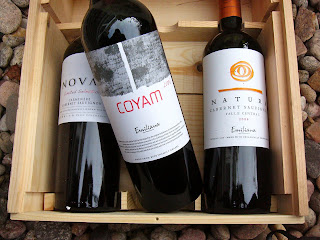 That’s it. No real science, except for the application of what Michael Broadbent calls a personal taste memory; mine's, accumulated over thirty-plus years of judging, buying, selling, writing about, and of course, enjoying wine.

Over the past year and a half I have been focusing on wines grown organically. Why? Because I believe that our lives hang in an ecological balance that demands proactivity; and covering and publicizing green wines is the best way I know how to contribute to that. We all do best what we love most.

The good thing about this is that not coincidentally, the wines I have always loved most are those grown and produced as naturally as possible. I happen to like wines that give off primordial scents, throw a little dirt on you, grab you by the collar and shake you around a little bit, before tossing you on the floor to roll around with pleasure. So hyping natural, green wines is an easy thing for me to do.

Still, the first duty of every wine, whether grown organically or not, is to taste good – or better yet, great – which is precisely what I was looking for when tasting the wines of Chile’s leading producer of organically and biodynamically farmed wines, Viñedos Emiliana. The first wine by Emiliana that I tasted, for instance, was the 2008 Emiliana NOVAS Limited Selection Chardonnay (about $17), from an IMO certified vineyard in Casablanca Valley, which I found to be lemony scented, rather puckery tart, narrow in flavor and hard in its dryness, almost exasperated by a food match of a fat, juicy roasted chicken. Ergo: if for puckery chardonnay you pine, cool; if not, best to move on.

On the other hand, I was quite taken by the second Emiliana white tasted: the 2008 Emiliana Natura Gewürztraminer (about $11), from Chile’s Valle Cachapoal, with its low-key yet rose petal-fresh, lychee-like fragrance and gentle, fruit-forward flavors balanced by a whisper of sweetness. And the fact that this wine is farmed 100% without chemicals? Makes it all the sweeter… just think walnut-pear salad in a mild Gorgonzola vinaigrette, a honey roasted chicken, or another roaster stuffed with red and green chile peppered rice.

But where Viñedos Emiliana really shines is in its red wine program; which comes as no surprise, considering that the winery and its estate vineyards (a staggering 3,080 acres in all) was founded in 1986 by José Guilisasti, a scion of the family that owns and operates Concha y Toro – arguably, Chile’s best known winery, long famed for its cabernet sauvignons, and in fact, one of the ten largest wine companies in the world. 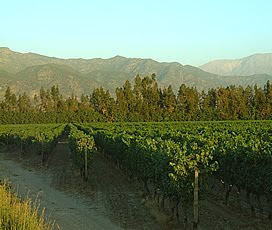 According to Emiliana’s chief winemaker, Antonio Bravo (while passing through Colorado last month, November 2009), the reason for the founder’s commitment to sustainable, organic, and, most recently, Biodynamic® viticulture is social responsibility, pure and simple, in connection to a consciousness of the fact that today’s generation are but custodians of vineyards that will be owned and operated by future generations.

Guilisasti’s business philosophy, according to Bravo, “is based upon three pillars: profitability, respect for our workers, and respect for our natural resources.” All told, this profit oriented, yet chemical-free vineyard operation is by far the largest, most ambitious in the world. And when talking about what convinced him about Guiolisasti’s approach, Bravo echoes the sentiment of Napa Valley’s John Williams, the Fetzers in Mendocino, and other organic vignerons around the world in saying, with unconscious aplomb, that “organic methods lead to healthier soils, a healthier environment for the workers, and ultimately healthier grapes… and healthier grapes make better wine.”

So is Viñedos Emiliana making Chile’s best wines? I wouldn’t go so far; but pound for pound, and price per ounce, these three red wines are among the finest that I’ve tasted from this oft-underachieving wine producing country:

2006 Emiliana, COYAM (Valle de Colchagua; about $25) – The husky, no-less-sizeable “little” brother to Emiliana’s crème de la crème bottling, called Gê; and like the Gê, superbly crafted to express the character of the Los Robles Vineyard, the heart and soul of the Emiliana plantings, rather than any one or two grape varieties. Composed of syrah (34%), merlot (31%), carménère (17%), cabernet sauvignon (12%), malbec (3%) and mourvèdre (3%), COYAM is biodynamically farmed, and bottled unfined and unfiltered (in the latter sense, also qualifying as vegan). As it were, the dominance of syrah seems to give this wine its wild, meaty quality; the carménère a pungent, peppery, almost chile spiced aroma; the cabernet sauvignon, a blackberryish, almost cassis/liqueur-like, tannin laden concentration, rounded by the velvet, textural richness of merlot and malbec. Even for an Andy and an Abe, you get more than your money’s worth in this world class bottling.

2005 Emiliana, Gê (Valle de Colchagua; about $75) – Given a Greek name (Gê) for “earth,” this is a super-powered blend of two spice varieties – carménère and syrah (30% each) – buttressed by cabernet sauvignon (24%) and merlot (16%). It is also the first South American wine to be grown by certified Biodynamic® standards (although the Demeter seal does not appear on the label until Emiliana’s 2006 bottlings). The nose is tight yet hugely concentrated, suggesting blackberry, dried plum/fig, and, unmistakenly, a smoky cigarbox. On the palate, thick, musclebound, velvet textures burst at the seams with smoky, juicy, black and blue fruit sensations which only seem to broaden with a match like gamey lamb with rosemary potatoes (which, in fact, was what Bravo and I enjoyed with the COYAM and the Gê).
By Randy Caparoso: - November 10, 2009