The use (or not) of sulfur dioxide in winemaking: trick or treat?

This article should have been posted for Halloween. That’s why you see “trick or treat?” on the title. I’m running a little late on my schedule… but I hope you enjoy reading it as much as I did working on it. 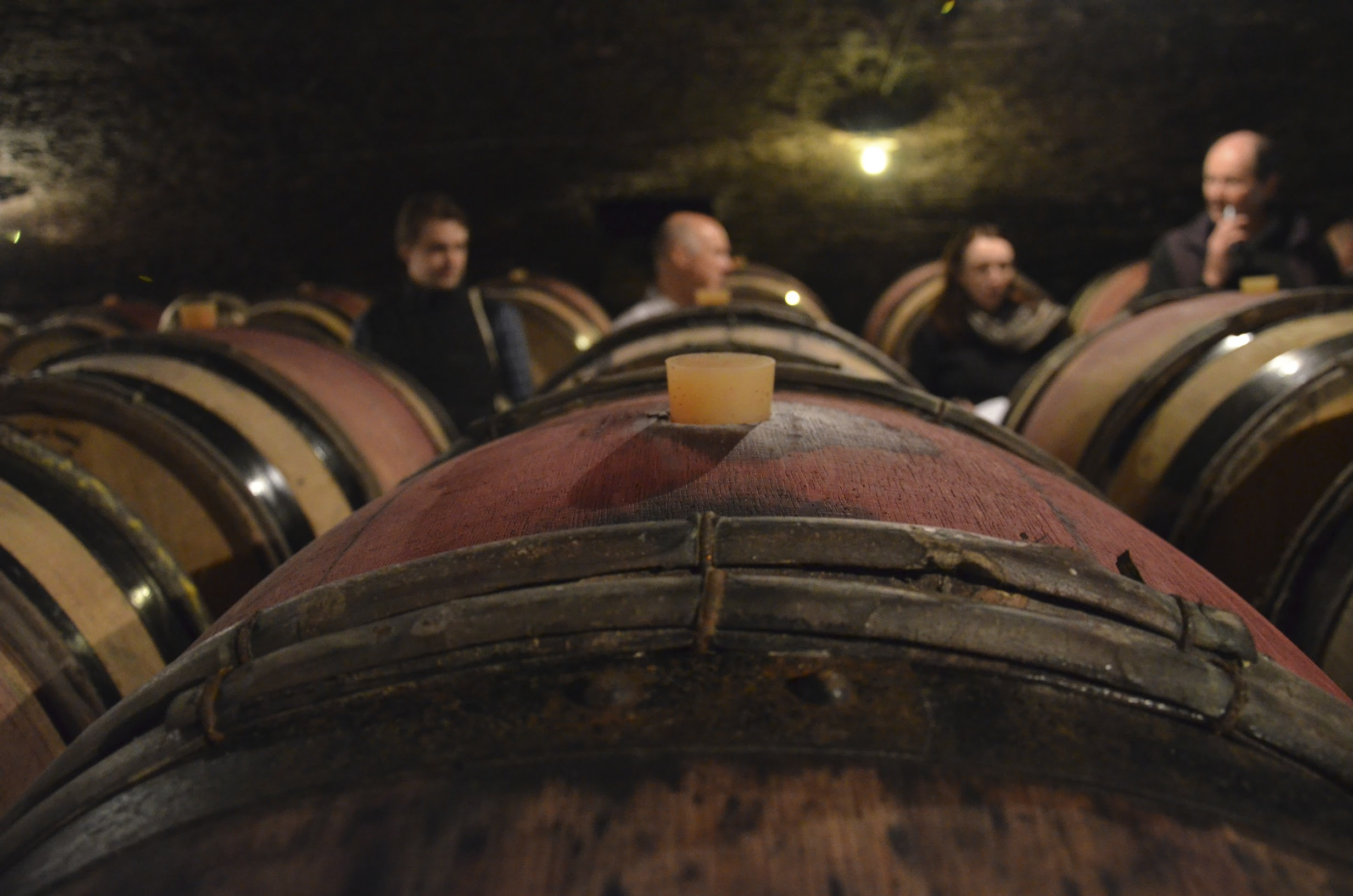 Sulfur dioxide (SO2) is a natural by-product of winemaking as a small quantity is produced during the alcoholic fermentation by yeasts. Its use goes back to the end of the 18th century and, due to its antiseptic and antioxidant properties, it makes it almost impossible for the winemaker to avoid adding it during the several processes involved in making and storing wine. It is one of the most efficient additives used in winemaking; however, due to health concerns and a recent growing consumer interest in wines with less additives, its use has been a fertile field of discussion in many different segments of the wine industry. Also, the Organization of Vine and Wine has been reducing the maximum legal amount of SO2 present in wines, so there’s a very important legal issue related with its use. This paper will cover both the advantages and drawbacks of the addition of SO2 in winemaking, as well as some possibilities of eliminating or reducing its use.

The use of SO2 in winemaking is a complex subject and there’s a need to understand the factors involved in its efficacy (or the opposite) before anything else is discussed. Its antimicrobial and antioxidant efficiency in wine depends on a wide range of factors, but the most important ones are: pH, residual sugar (RS), and ethanol content. What it means is that these factors will determine the amount of SO2 that needs to added to determine a final safe level of free SO2 in the wine (10-20 mg/L) in accordance to the following basic rules: the lower the pH, the less SO2 needs to be added; the higher the alcohol content, the less SO2; and the lower the RS, the less SO2 needed. Acid and alcohol make the environment more hostile to bacteria, while the presence of sugar has the opposite effect. Temperature is also a very important factor: the lower the temperature, the better the efficacy of SO2 and the slower the oxidation of the wine. Worth of note is the fact that now it is known that at high pHs and low concentrations SO2 just acts as a fungistatic, and at low pHs and high concentrations it is a fungicide. A better understanding of the chemistry of SO2 in recent years, combined with an increased hygiene in the wineries, has enabled winemakers to substantially reduce the SO2 concentrations used during the vinification process. Salvo Foti is making wine in the slopes of Mount Etna in Sicily with no addition of SO2 and he has become a “rock’n’roll star” for people who are adepts of the so called “natural wine movement”, but, in fact, even if some wines are interesting, some of them are clearly faulty (premature oxidation has occurred) and there’s huge bottle variation.

There are multiple advantages for the use SO2 in winemaking. From the moment the grapes are harvested until the moment the bottle of wine is opened and it is finally consumed, SO2 has very important properties. It is antiseptic and antimicrobial (molecular SO2) as it inhibits the growth of all types of microorganisms, such as yeasts and bacteria. In practice what it does is to chemically help the winemaker to inhibit bacterial spoilage (more importantly on lactic acid bacteria, but also, to a lesser extent, on acetic acid bacteria), Brettanomyces, Zygosaccharomyces, and mycodermic yeasts (flor yeasts) growth, prevention of yeast haze formation, unwanted malolactic fermentation, and secondary fermentation of wines that contain residual sugar (dessert white wines mostly). Before fermentation, SO2 (and its antioxidasic properties) protects must from oxidation; at low concentrations it even stimulates fermentations, making them complete to dryness more rapidly than otherwise in most cases; it helps with yeast selection (Apiculated yeasts, which tend to produce wines of lesser quality and lower alcohol levels, are more sensitive to SO2); it favors the dissolution of organic acids, minerals and the so important (in red winemaking) amalgamation of tannins and anthocyanins to the wine; SO2 also binds with ethanal and other similar chemical compounds (such as ketonic acids) helping to avoid a possible perception of a wine being “flat”; and some specific thiols (or mercaptans) can be beneficial in determining the characteristic aromas of grape varieties such as Sauvignon Blanc and Riesling.

As an oxidant, it works because it binds with dissolved oxygen and it is much more important during wine storage than during winemaking. What it means is that it can protect the wine from chemical oxidation, but it doesn’t avoid enzymatic oxidation. It is also a helping tool to the establishment of a low oxidation-reduction potential and wine aroma and taste development during the aging process is heavily dependent on it. It also reduces the rate phenolic polymerization that causes color loss observed during the aging process. Not to mention that when a wine is aged in a barrel, it may not be sufficient to add SO2 to the wine, but rather a disinfection of the barrel with SO2 gas (or burning sulfur) is necessary to prevent the growth of Brettanomyces. Transportation is a key issue as well: if the wine is going to travel long distances and be exposed to drastic temperature variations, SO2 is essential to save the wine from premature oxidation.

So what are the drawbacks or issues with the use of SO2 in winemaking? Of course, first and foremost, excessive doses must be avoided, mostly because of health reasons, but also because it can have a negative impact on aromas and flavors (pungent and sulphorous). It can also be illegal in most countries to be over a certain limit of total SO2 in a specific wine (red, white, sweet, etc). However, the issue with SO2 is not about only excessive additions of it, even low doses of SO2 added during a pre-fermentation skin contact promote the extraction of protein. This is not good, especially in white winemaking, as a larger quantity of bentonite will be needed to stabilize the wine. This may cause a negative impact in the organoleptic properties of the wine (mainly aroma loss).

There are many methods available today to minimize the use of SO2 in winemaking today. Some of these possibilities would complement the use of SO2, as completely replacing it seems to be a lot harder. The adequate treatments can be chemical or physical: On the chemical side, phenolic compounds also have the antiseptic and antioxidant properties that SO2 has. It even provides a better sensorial perception than wines made with SO2 additions. However, a very high concentration of these compounds are needed in order to achieve its antiseptic properties. Another one is Dimethyl dicarbonate (DMDC). It’s been proposed to replace SO2 in winemaking. It is very effective against yeasts (killing them), but not so much against bacteria. Also, lysozyme is a very effective to inhibit bacterial development (especially Oenococcus spp). On the physical side ultrasound has been considered as a promising alternative to conventional thermal treatments. It has a very high antiseptic effect, as well as a good ability to preserve wines. Ultraviolet radiation can inactivate both yeasts and bacteria. However, it seems to be much more effective in white wines than in reds, as the phenolic compounds present in reds seem to absorb the radiation. Pulsed electric fields increase the permeability of cell membranes. It makes it both effective to destroy yeasts and bacteria, as well as a good tool to help with the extraction of the phenolic compounds present it wine.

The main issue about the use of SO2 today, however, doesn’t seem to be about the health and/or quality problems mentioned above. Most of the discussions are about the consumer desire to acquire “natural products” and the addition of SO2 in wine is perceived as something “unnatural” (an addition is viewed by some segments of the market as an interventionist technique to make wine). In other words, a winery may attract an audience (and consumption) for a “natural product” by avoiding the use of SO2. It seems that the use (or not) of SO2, falls under this category: A philosophical decision. But the truth is: unless you suffer from some serious allergy from SO2 (such as the one asthmatics may have), the use of it cannot be considered a “trick” as the disadvantages of using it are clearly related (and limited) to its excessive use. If all the advantages are considered, it’s clear to see that the proper additions of SO2 are a real “treat” to people who love wine. Without it, we wouldn’t have such a great diversity of high quality wines that we enjoy today.

I believe some of you will agree with my arguments… but some others won’t… so I would love to hear your thoughts on it! 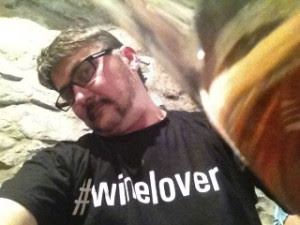 It would seem that SOS is desirable, even necessary, to the process. Can acceptable maximum levels ov additions for the various types and styles of production be determined.

Is there any risk to the consumer in non-SOS- added wine?

Well argumented article, well written. I personally drink both classic wines and low-interventionist wines, and all the winemakers who just drift somewhere inbetween, and exactly this variation is the base of my fascination. There allways have to be people who do things differet that makes the world go round, and this happens by the way in both directions. Put Ch. d'Arlay against Ganevat, for example), the first extrememely classic but with three or four years barrel before release, the second a rebel with less patience and a free spirit. But I love them both passionately. One thing seems missing in the article and that is the cultural part. Natural wine often is to me the punkmusic of the wineworld. It throws off the old ways of thinking, states that you can make great wines withour big investments and just with good grapes, good advice and an open mind. The reactions against natural wines often make me think about this period in music history: the perfected conventioality of Dire Straits against the raw, unpolished energy of the Sex Pistols. "Punk is no music", i heard it a 1000 times from my elder nephews or friends. Some fantastic music was made then (Nick Cave, Front 242, U2 etc etc), and some interesting noise. The same happens today in natural wine: for some of you who know, some natural wines are like Einsturzende Neubauten: not for everybody's ear or taste or palet...