Bodegas Franco Espanolas is what Rioja Wines Are All About by Philip S. Kampe 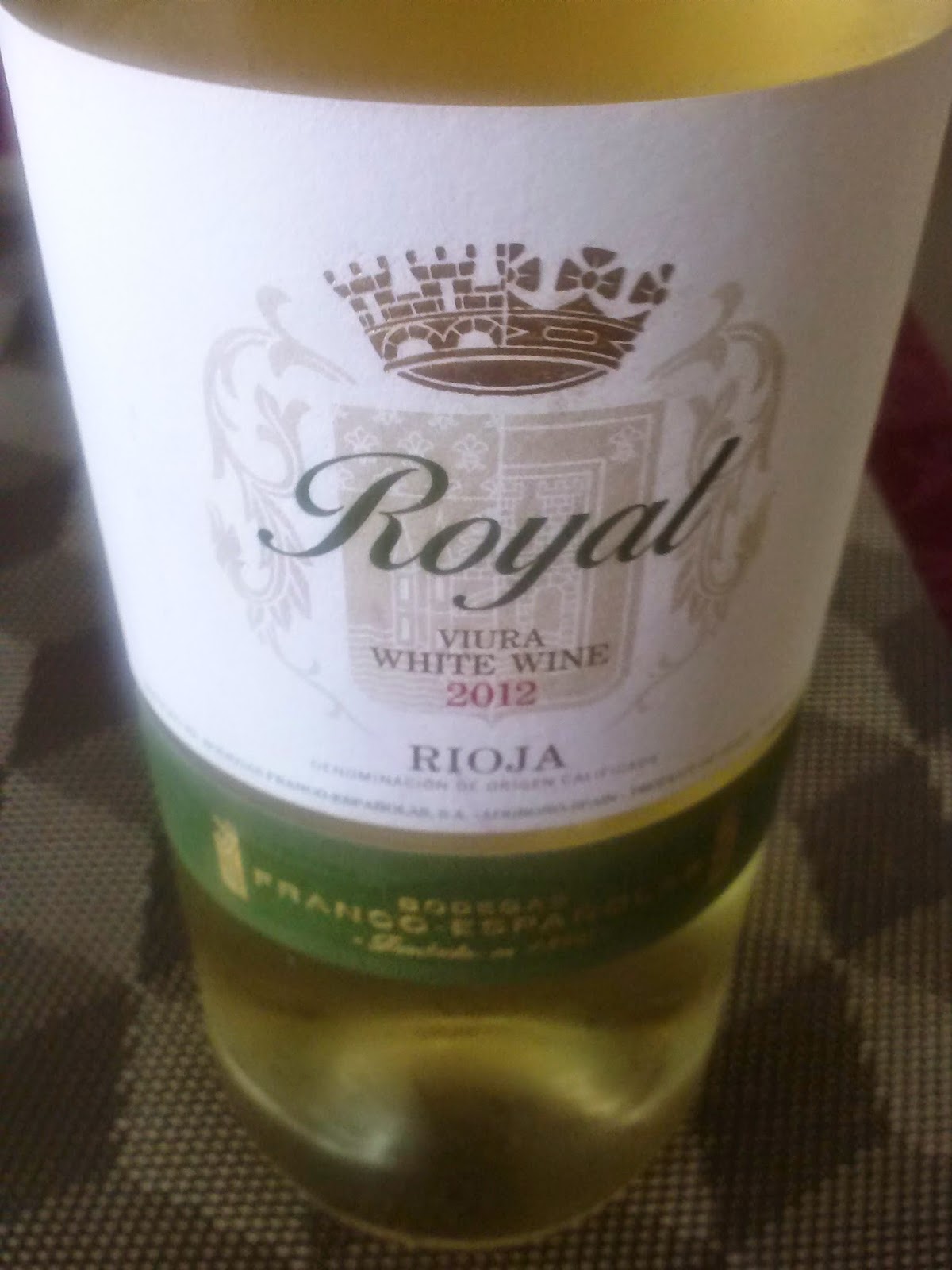 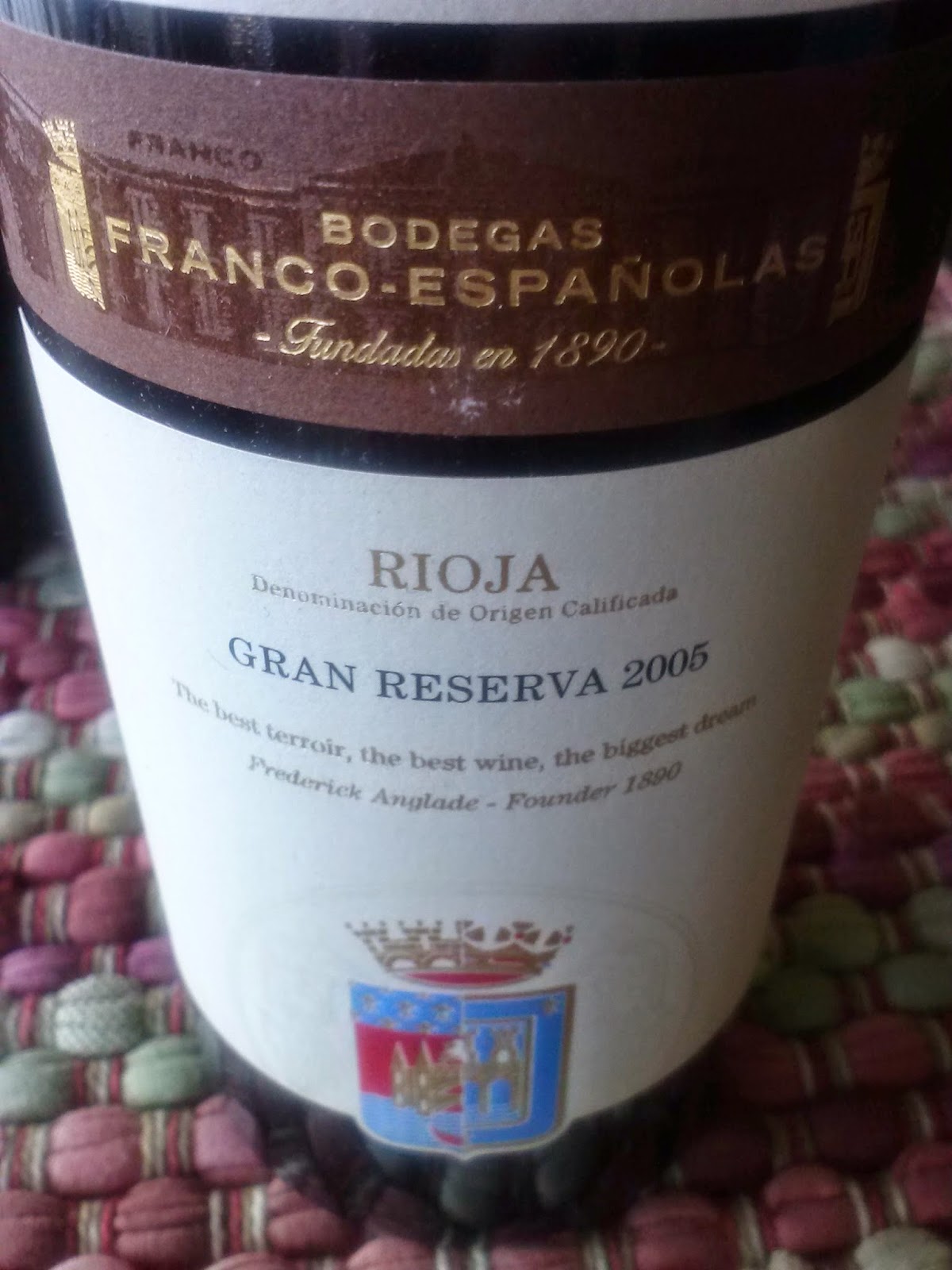 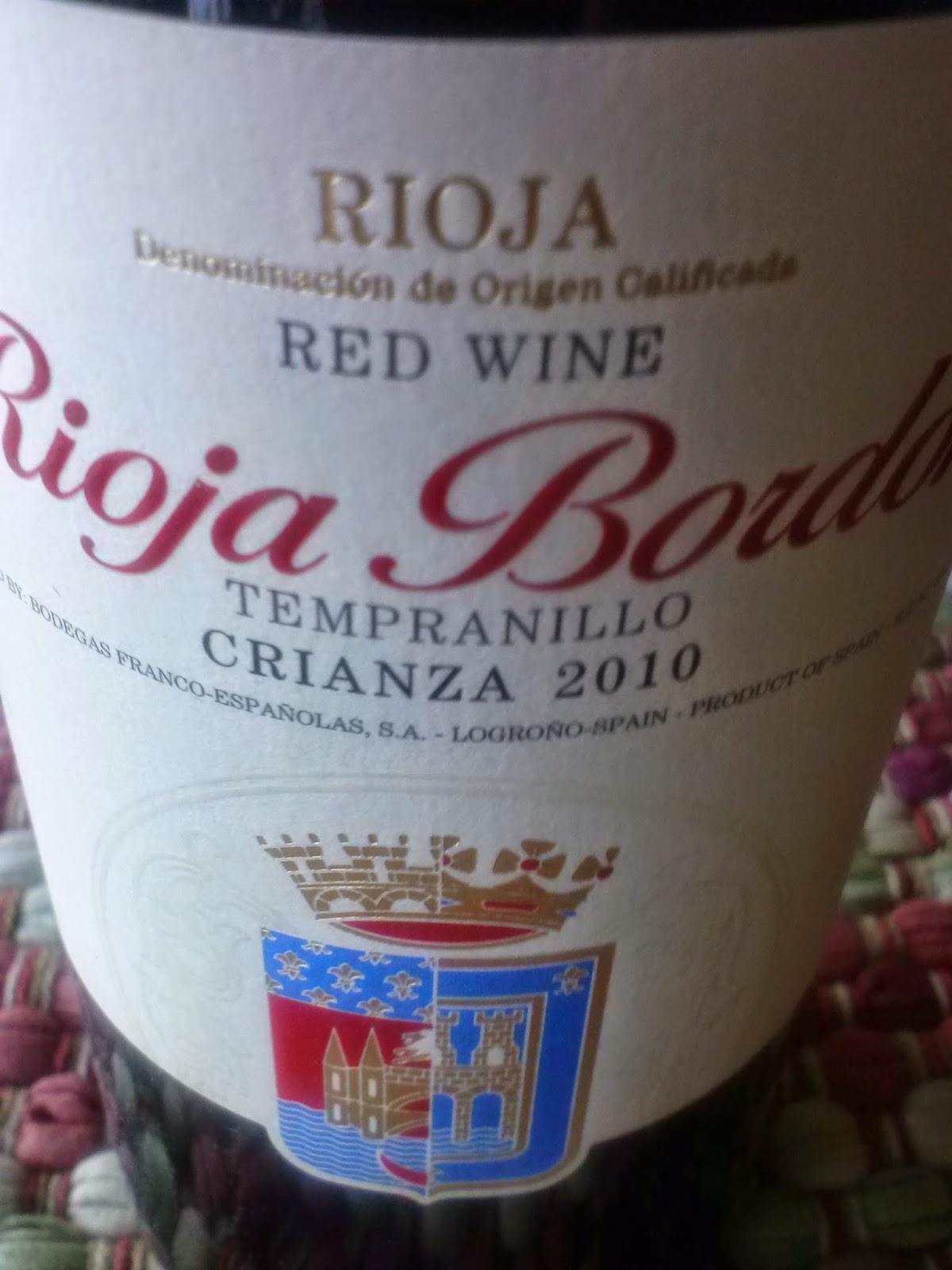 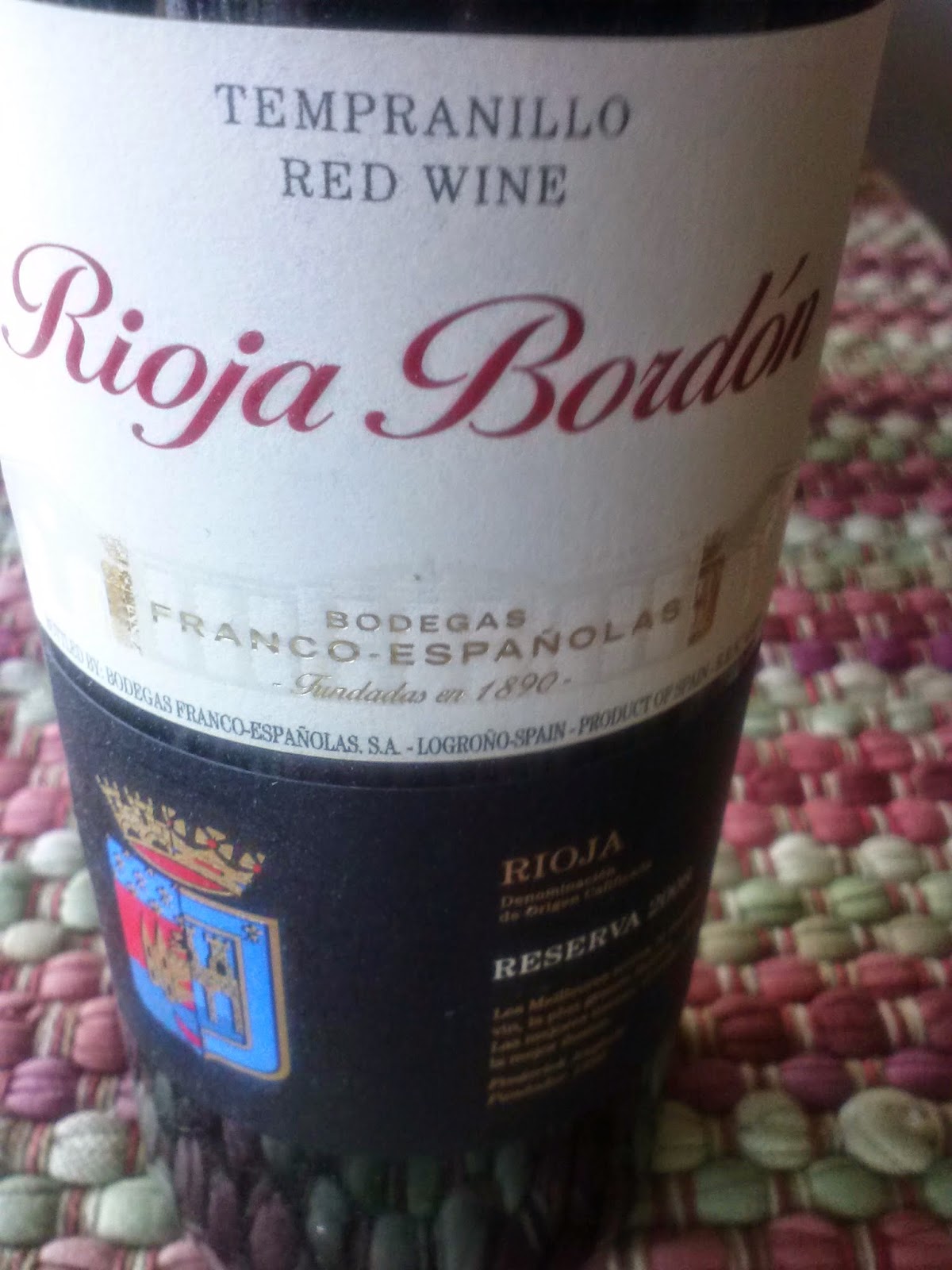 As fate would have it, I received an invitation to attend a ‘Wine Dinner’ at Chez Nous restaurant in Lee, Massachusetts (the Berkshires). The week night event was a welcome change of pace from New York’s hustle and bustle.

Until this fateful day, all, and I mean all, of my intimate wine luncheons or dinners took place in the New York City area. After two-hundred plus events, this was the first invitation I received from the Berkshires.

I was very excited.

Driving to the Berkshires in my old Subaru was as scenic as a New England drive could be. The foliage was peaking, the sun was shining and an evening of wine and food with a French-Spanish theme awaits me.

The wine dinner was sponsored by Bodegas Franco Espanolas, roughly translated into ‘French-Spanish Winery’. The winery dates back to the invasion of Rioja by a group of French wine producers who were looking for new sources for grapes to meet France’s demands. This was the late 1800’s, after phylloxera devastated the French vineyards.

The result of the search for sourcing new grapes ended in 1890 when Frederick Anglade Saurat, a Bordeaux negociant, partnered with winegrowers and investors from Spain to found Bodegas Franco Espanolas. The partnership ended in 1922 when the Spanish owners bought out their French partners.

Today, the winery is owned by Rosa and Carlos Eguizabal. They have turned this company into a well-respected winery that caters to all price ranges.

After entering Chez Nous, I was seated at a large round table—the type that you could interact with all the occupants. At the table, directly across from me, Juan Carlos Llopart, director of Bodegas Franco-Espanoles, talked fondly of the wineries special visitors. Ernest Hemingway comes to mind.  He was a huge fan of our wines. The story goes, according to  Juan Carlos, that Hemingway actually mentioned one of the Bodegas wines, ‘Diamante’, in his book, A Moveable Feast. To me, said Llopart, that is true dedication.

Jim Nejaime, owner of Spirited, a local, popular wine shop in Lenox, Ma., and his wife, Heidi, sat next to me. This was my first visit to the restaurant. Jim explained that the restaurant is owned by two chefs, Franck Tessier, from Brittany and Pastry Chef, Rachel Portnoy. Both moved up the ranks rapidly in the industry, met in 1997, worked together shortly afterwards and the rest is history. They are married and what I was about to learn was that they are both accomplished chefs, who one day deserve a Michelin star. 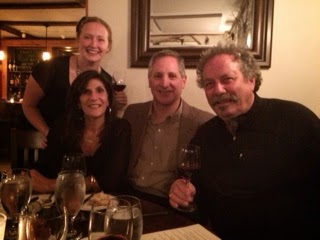 Part of our table  at Chez Nous 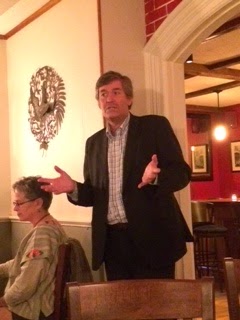 After an introduction from Juan Carlos Llopart and his importer, Mark, from Vision Wines (NJ) about the history of Bodegas Franco Espanolas, the initial wine was served. It was a 2012 Rioja white, aptly named, ‘Royal’ ($13). The dry, appealing wine is made from the Viura grape, one of Spain’s numerous indigenous varieties. The wine was lush, crisp and could have been used not only as a pairing wine, but, as an aperitif, before or after a dinner. It paired perfectly with Patatas Bravas, garlic-roasted fingerling potatoes with aioli. 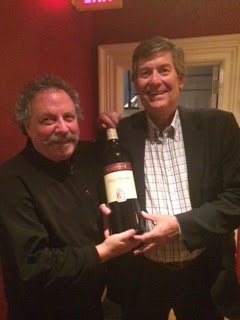 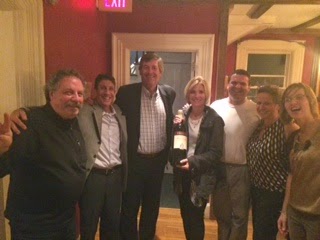 I could tell that Chef Tessier is an accomplished chef who instinctively knows how to pair food with wine. The rest of the meal was as perfect of a wine pairing meal as I have ever had. Courses ranged from Spanish seafood stew to paprika marinated organic chicken with saffron rice, peas, olives and thyme juice.

The wines that went with these and several other dishes that were served during the evening at Chez Nous were big, earthy, rich in flavor, old world style wines with modern concentration levels.

Bruce Beckwith, who sells these wines through MS Walker, says the key element of Bodegas Franco Espanolas wines are balance, concentration and lushness. Bruce went on to say that ‘The wines have created universal appeal worldwide and are known as wonderful food pairing wines’. My first exposure to these wines was through Mr. Beckwith.

All in all, it was an interesting and educational evening for all that attended. If you haven’t had a chance to try any of these wines, isn’t it?

Wonderful article. The wine look affordable. They will be my next purchase.

We bought several of the wines you recommended. They are all wonderful and well worth the price. Thank you for the recommendations.

Have you ever coneidered writing an e-book or guest aauthoring
on other websites? I have a blog baszed on thhe same subjects you discuss aand would love too have you share some stories/information.
I know my viewers would enjoy your work.

If you are even remotely interested, feel free to send me an e-mail.