Well, on the 4th of July, the truly ‘All American’ holiday, its hard not to celebrate what our country has done in the past and ponder the future. Family celebrations, parades and the smell of the BBQ seduces many of us.

If you are a BBQ fan and want to pass on beer with the main course, I have found a couple of ‘American’ wines that do the trick for the main BBQ meat course pairing.
Both wines are under $20 and are made in the USA.

Donald Hess purchased vineyards on Mount Veeder (California) in 1978. Mr. Hess is not American, but, a Swiss entrepreneur. He bottled his wines in 1983 and in 1986 renovated the winery, its biggest renovation since being constructed in 1903 by Colonel Theadore Gier.

The winery was open to the public, tasting room and all, in 1989. It is now part of the Hess Collection of wines, that includes Su’skol and Allomi in Napa Valley and Shirtaol Creek Vineyard in Monterey.

Donald Hess is known worldwide because of his wine philosophy. ‘Nurture the land, return what you take.’

Both wines deliver the essential acidity, spice and fruitiness that is needed when you eat BBQ.

Hesss Select is distributed nationwide and should be at your wine merchants shop or online.

These two wines are what I usually bring to a BBQ.

I don’t grill, so, feel free to invite me over to share your BBQ and I will bring the wine. 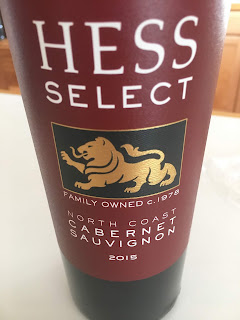 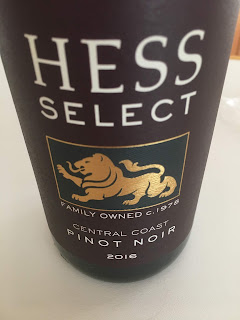