"Wines and Viticulture of Argentina" by Candela Prol 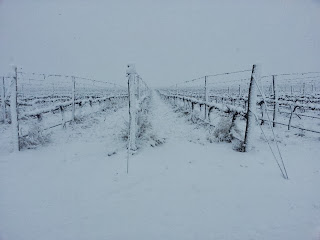 Thanks to Wines of Argentina, on my first full day in Buenos Aires, Master Sommelier and Wine Educator Andres Rosberg explained ‘Argentine Viticulture’ to our group of visiting journalists..
What Andres explained is relevant to the wines of Argentina.
His seminar/lecture was intense and full of facts.

This is what I learned about the ‘Wines and Viticulture of Argentina:
As we all should know, weather and climate change have an impact on wines:
Altitude is the key reason why the temperature goes down dramatically, especially in Salta, home of Torrontes.
According to Andres, the area would be a subtropical rainforest if it weren’t for the height of the mountains, 3111 meters (12,000 feet).
Different air. 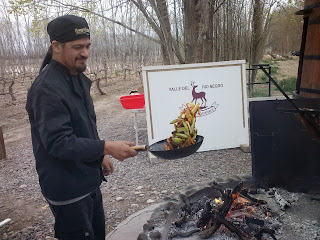 Sun, continental climate, not maritime climate are key factors for the growth of the grapes. The large range of temperatures from high to low is significant because when the sun goes down instantly, the temperature is 8F less than during the daytime.
During the evening, the day to night change averages 23F less.

The huge diversity of vineyards from north to south in Argentina occupy the 22nd to the 42nd parallel, approximately 1300 miles in  total length.
Unlike Chile, Argentina’s neighbor to the west, which has maritime weather and abundant rain, Argentina does not.
The distance from the mountains to the sea in Chile is only 70 miles.

Diversity of vineyards’ elevation from west to east in Argentina is dramatic.

There is a diverse cultural difference that takes place regarding wine making in Argentina. The majority (75%) of immigrants are from Europe, specifically Italy.

Argentina’s wine culture began due to the immigrants. Wine culture is more popular for that reason.
What the immigrants brought to Argentina are mostly blends.  That is nothing new to this in Argentina.
Blends include the most popular, Cabernet- Malbec, followed by the Salta blend of Torrontes (85%) and Riesling (15%).

Torrontes is the best known white wine in Argentina. It is known for high alcohol, often reaching 16.5%.
The wines seem to benefit from the higher alcohol, creating a crisp and fresh flavors on your palate.
Alluvial soils occupy the north. The soil consists of sand, stone, clay and slate.
Mountains block the wet wind that exists in Chile.
Argentina is dry. In large part, this is due to the Andes and low rainfall,
Irrigation is necessary.
There is no rot.
The Andes helps make the area unique.
Many organic sustainable wines are grown throughout Argentina.
Grapes love sun and a lot of sugar.
This helps make expressive wines, which are very consistent vintages year after year. 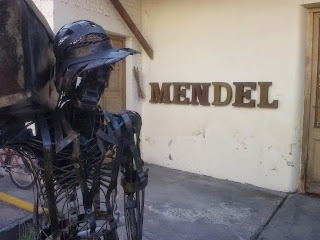 Argentine wines are consistent, unlike most wines of the world.
This is a big advantage.
Andres Rosberg says that there are no good or bad vintage years, only consistent years.
If and when there is vineyard loss, it comes from hail and frost.

Dry weather (less than 8 inches of rain a year in Mendoza) means irrigation.
Andres would rather “Add water from the Andes than add sugar”.

If you drive half an hour away from Mendoza you would feel like you are in Arizona: dry, hot and no irrigation.

The altitude of Mendoza averages 4,500 feet. Temperature change exists, of course.
The continental climate means a big range of temperature between day and night. The moment the sun goes down, the plants sleep. 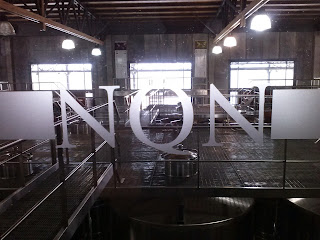 There is a fairly diverse cultural approach to wine making throughout Argentina. The majority of the winemakers studied in Europe. Their origin and history is directly related to their immigration.

Similar to Europe blends have always been around.
They are not just emerging.

The Salta region, in the north, is 6,000 feet above sea level and is very dry.
The dry climate is a continuation of the continental climate.
Salta is approximately 600 miles from the Atlantic Ocean.
Winds rarely exists. They are blocked due to the mountains.

The amount of rain is less than 1/3 of what the vines need.
99% of the vines receive the necessary irrigation from the Andes.
The area has no fungus or rot, thus creating the possibility for organic wines.

Lots of sun means a lot of sugar.
The wines in Argentina are rich and concentrated. 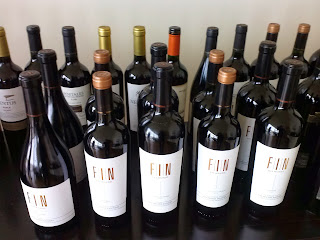 Historically, Mendoza loses, as mentioned earlier, 6%-8% of its yearly crop due to hail and frost.

Vineyards were planted near churches, where wine was initially used.
Eventually, wine was consumed outside of the church.

During the early years, from 1840-1930, the winemakers also made olive oil.
Argentina was the first country in South America to have railways.
Wine was sent via rail from Mendoza to Buenos Aires.
Trapiche winery built a huge facility in 1915, next to the train station, in Mendoza, so, they could send their wines to Buenos Aires. They were very innovative at the time. 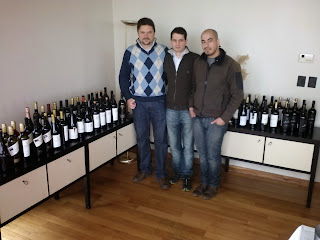 Today, Argentina is the 5th largest wine producer in the world. There are more than 1400 wineries in the country.
The domestic market is the 8th largest in the world, averaging 37 bottles  per person.
The future of wine drinking is diminishing.

Most young adults consume Fernet Branca with coca-cola, followed by beer.
In fact, in Cordoba, the young adults average eight bottles of Fernet branca a year.

The trend in lower wine consumption has stagnated for the past five years.

Argentinians drink 75% of what they produce and export only 25%.
The weak peso, Argentina’s currency, helps exports.
The Chinese have been newly added to the Argentine export market. They are willing to pay the extra pesos for wine, while the United States and the United Kingdom reject the notion of higher prices.

An interesting fact: Argentina sells the majority of sparkling wines that are produced to neighbor, Chile.
Experimentation with new international grapes, Petit Verdot and Cabernet Franc, has been successful.

Andres Rosberg believes the key to an Argentine wine is, “Expressiveness of the new world and complexity of the old world. That is what makes the perfect Argentine wine” 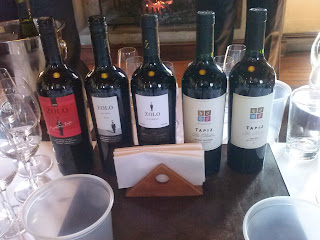 Thank you for such valuable information..