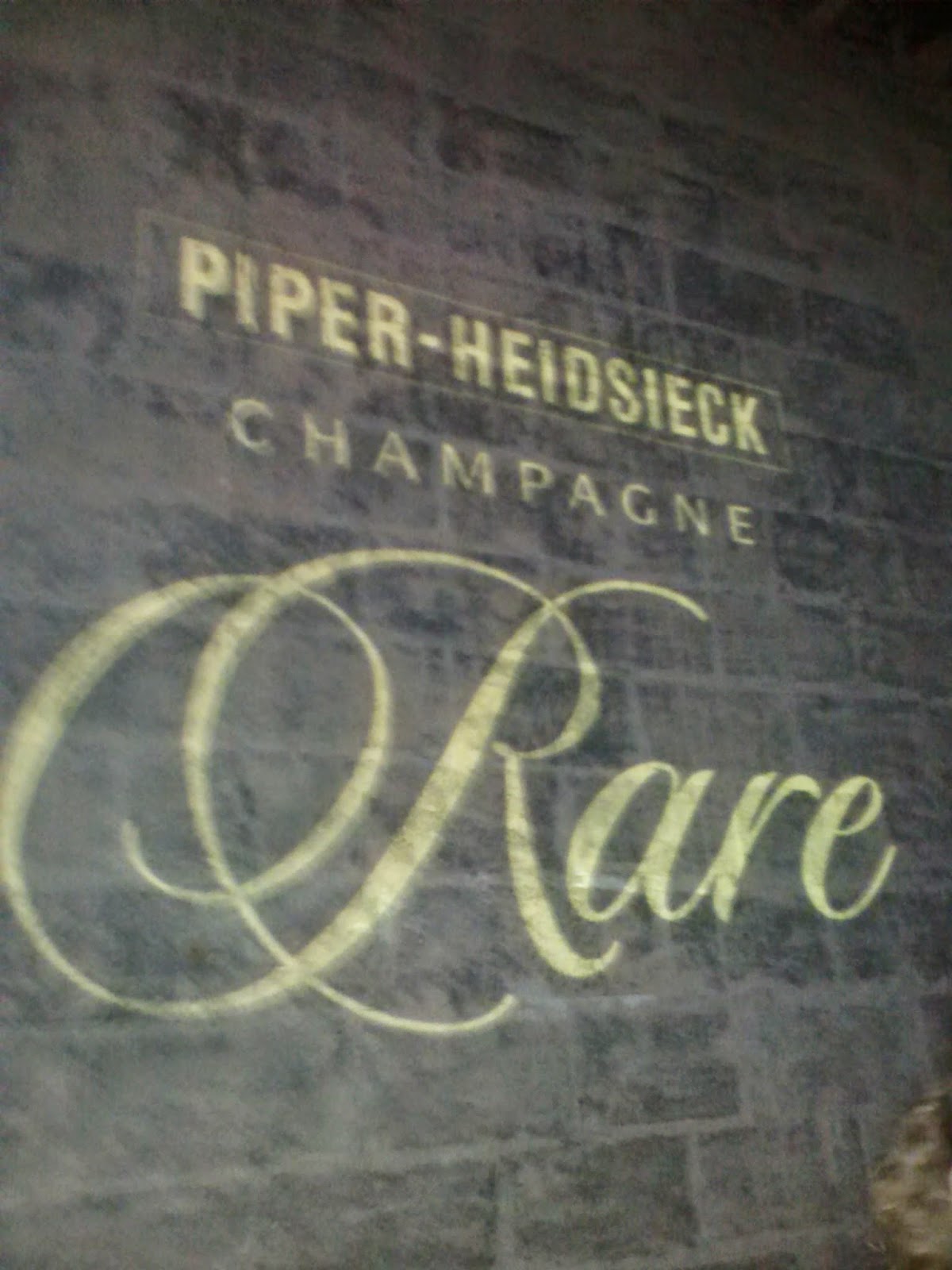 It was a rainy evening in Manhattan when the taxi dropped me off at a pop-up space (Isn’t that the fad?) for what was going to be a truly ‘Rare’ vintage Champagne event. As the raindrops disappeared, the warmth and brightness of the evening was revealed immediately, as I was handed a flute of the current vintage of the 2002 ‘Rare’ Piper-Heidsieck Champagne.

As I was sipping this magnificent reception cuvee, made from 70% Chardonnay and 30% Pinot Noir, I caught the attention of the honoree of the evening, Regis Camus. 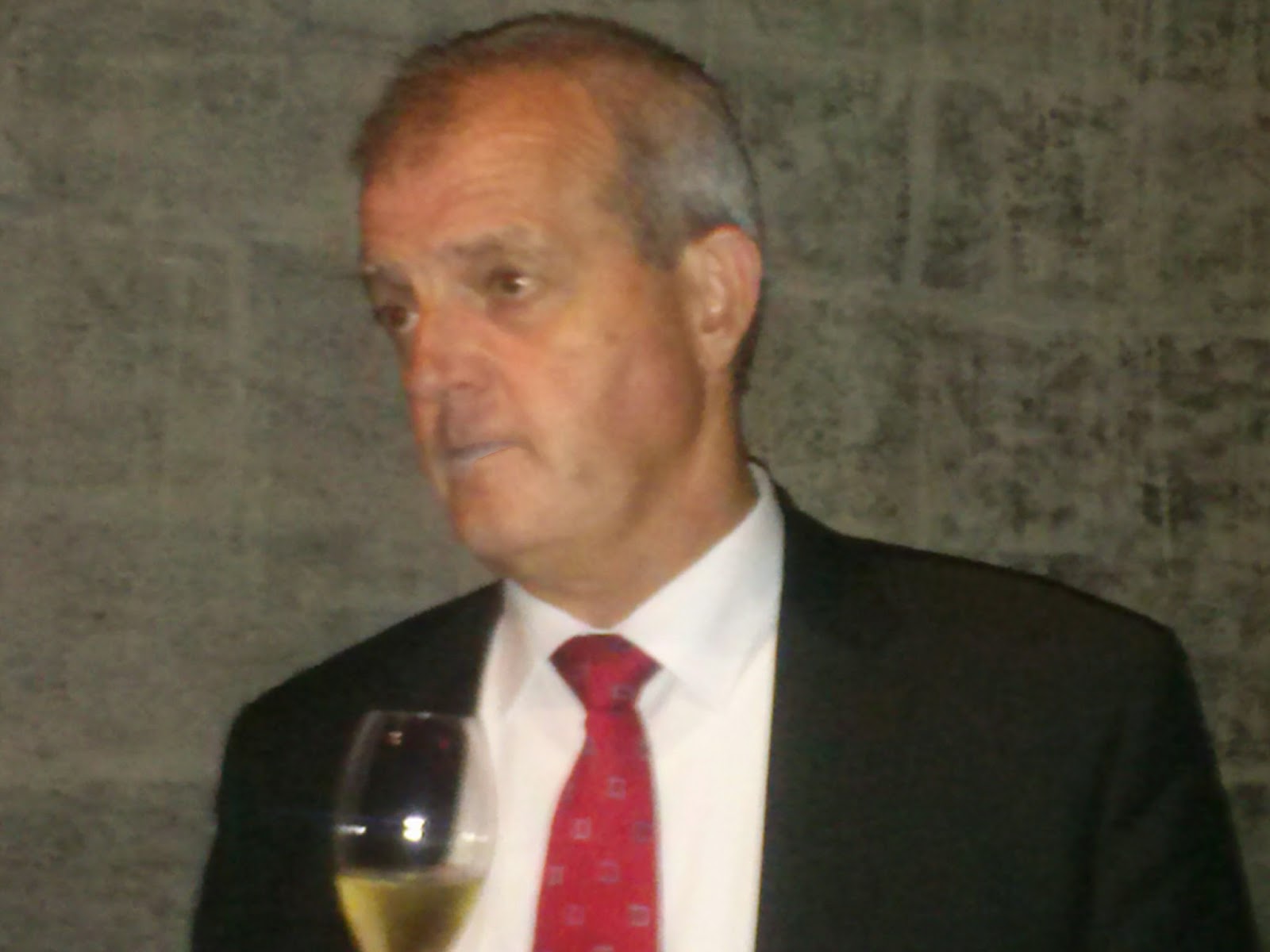 
Mr. Camus embraced me and we talked about what we were going to experience at this soiree. He said quite humbly that this was an evening that would honor his accomplishments in winemaking for the estate..

Regis Camus is the Chef de Caves for Piper-Heidsieck and was proud that this event focused on his ’20th Anniversary with Piper-Heidsieck.  He explained that he joined the company in 1994 and moved up the ladder methodically.

After seven years of grooming and the passing of Chef de Caves, Daniel Thibault, the legacy of the talented wine student from the University of Reims began. The Chef de Caves (main winemaker) explained that the road to his stardom has been anything but easy.

In his French accent, Mr. Camus explained the road ‘has been very bumpy’. His job, he said, is to make the road straight.

The ‘Rare’ vintage years are the years, according to Camus, when the environment causes havoc with the grapes. Nature shows its dominance and as the chief winemaker, I must show mine, as well. 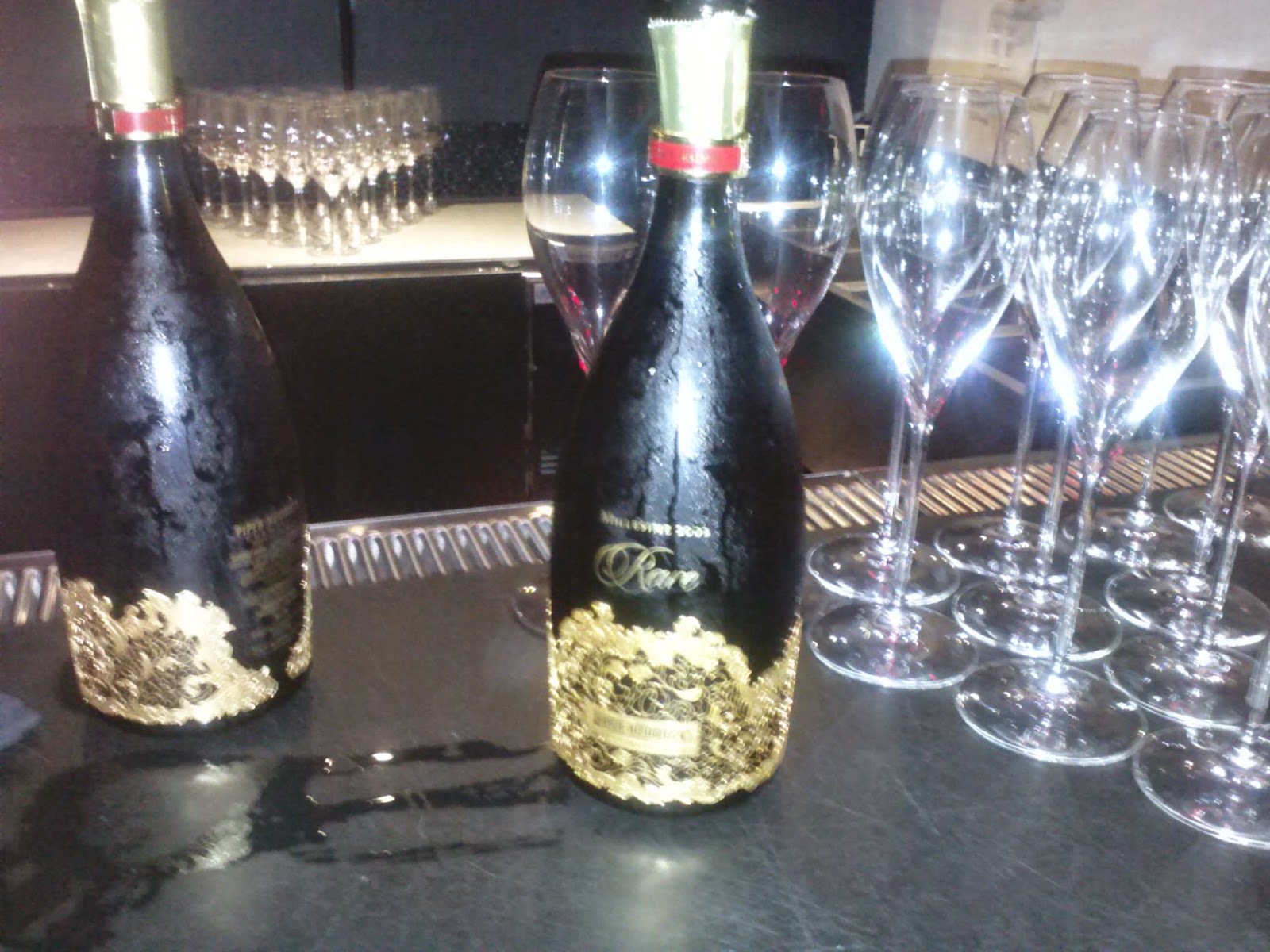 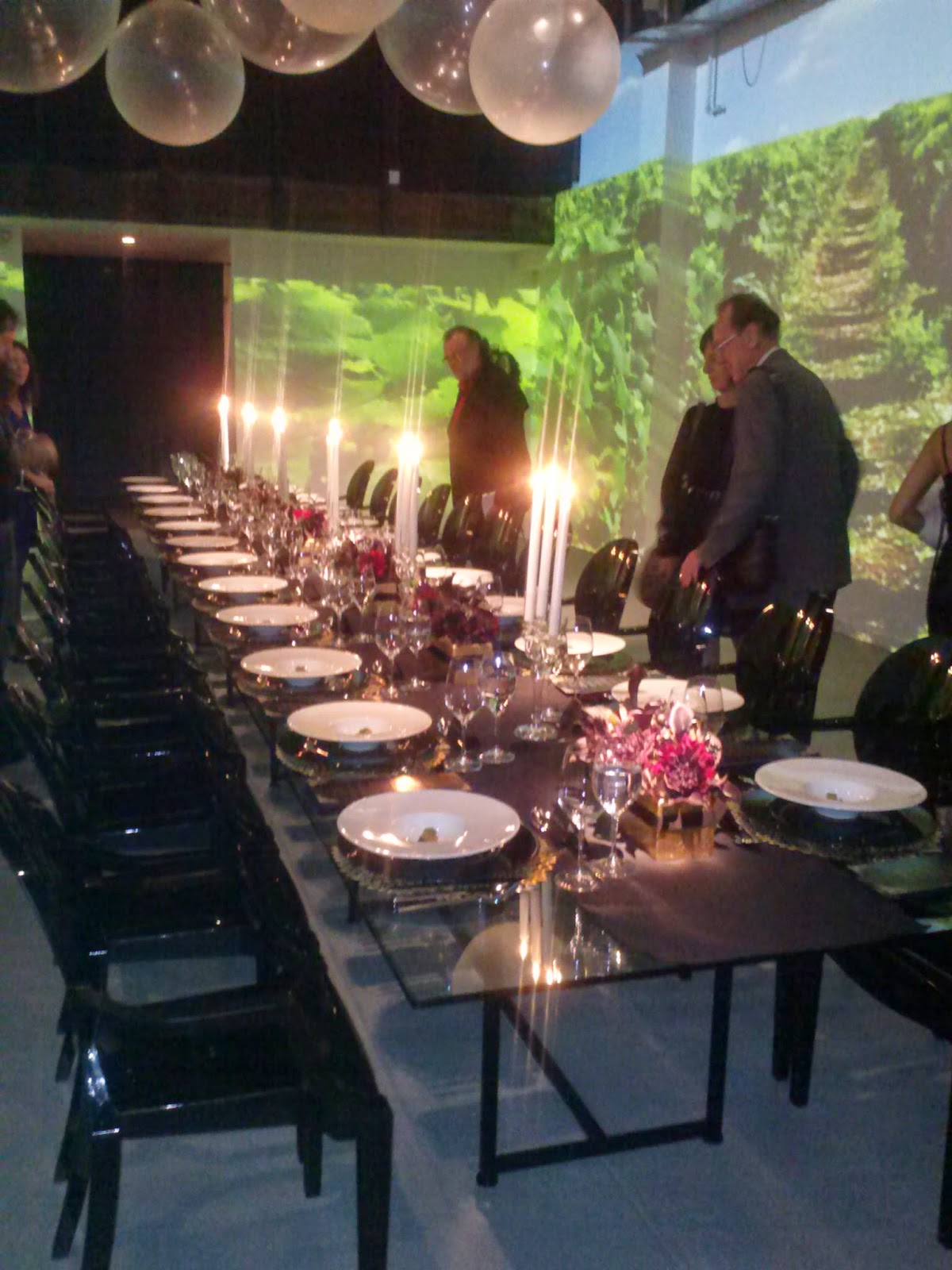 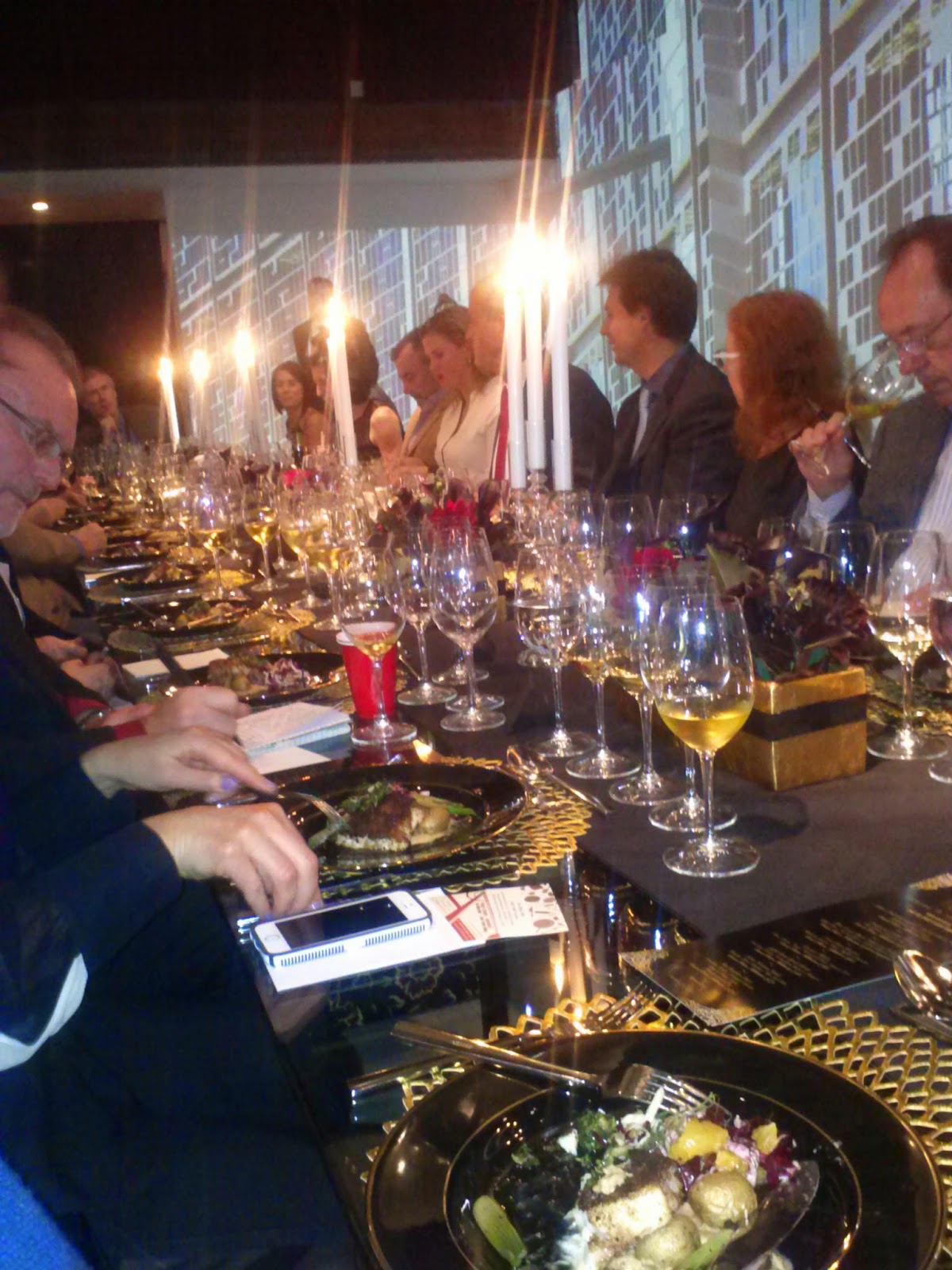 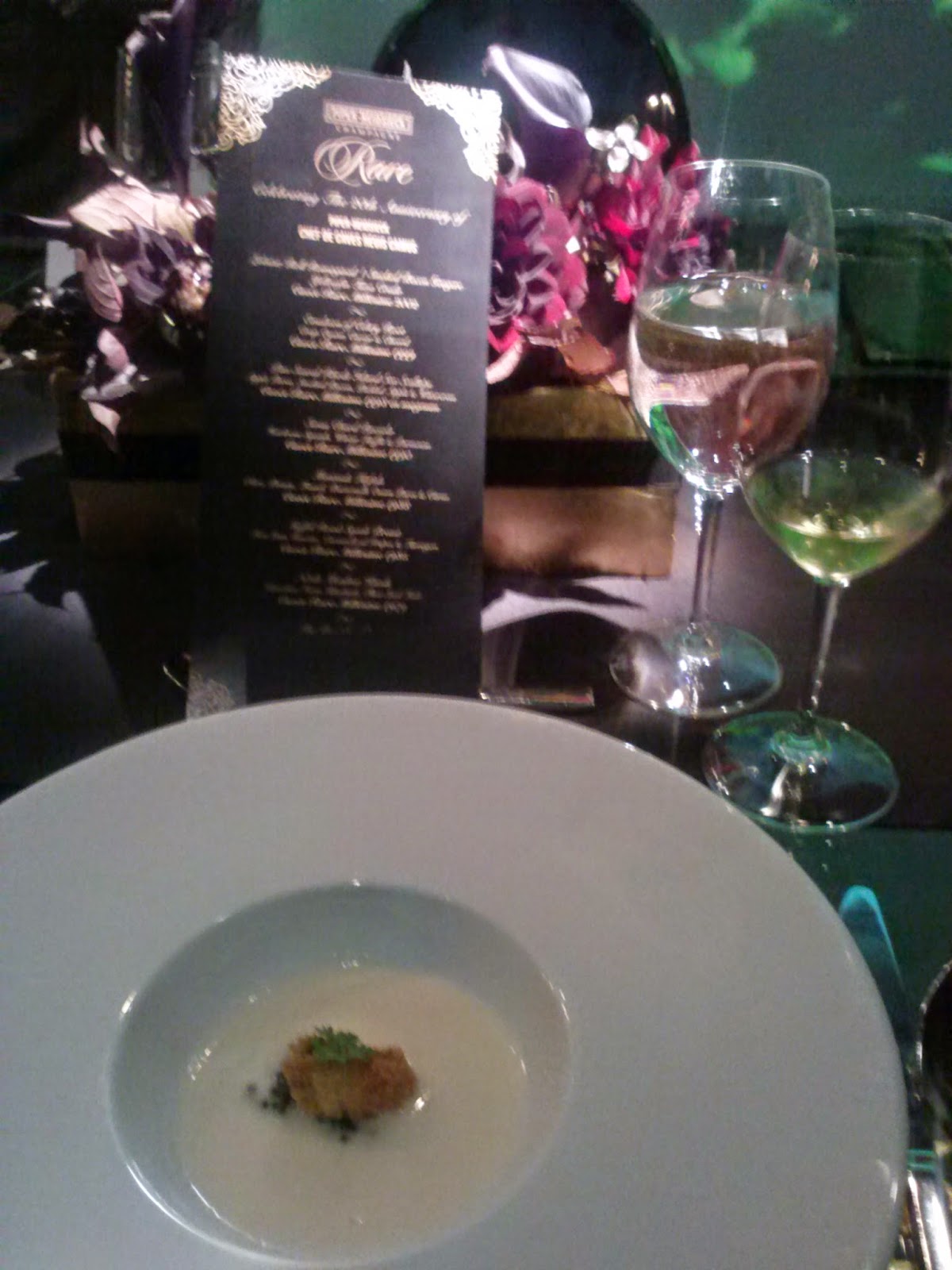 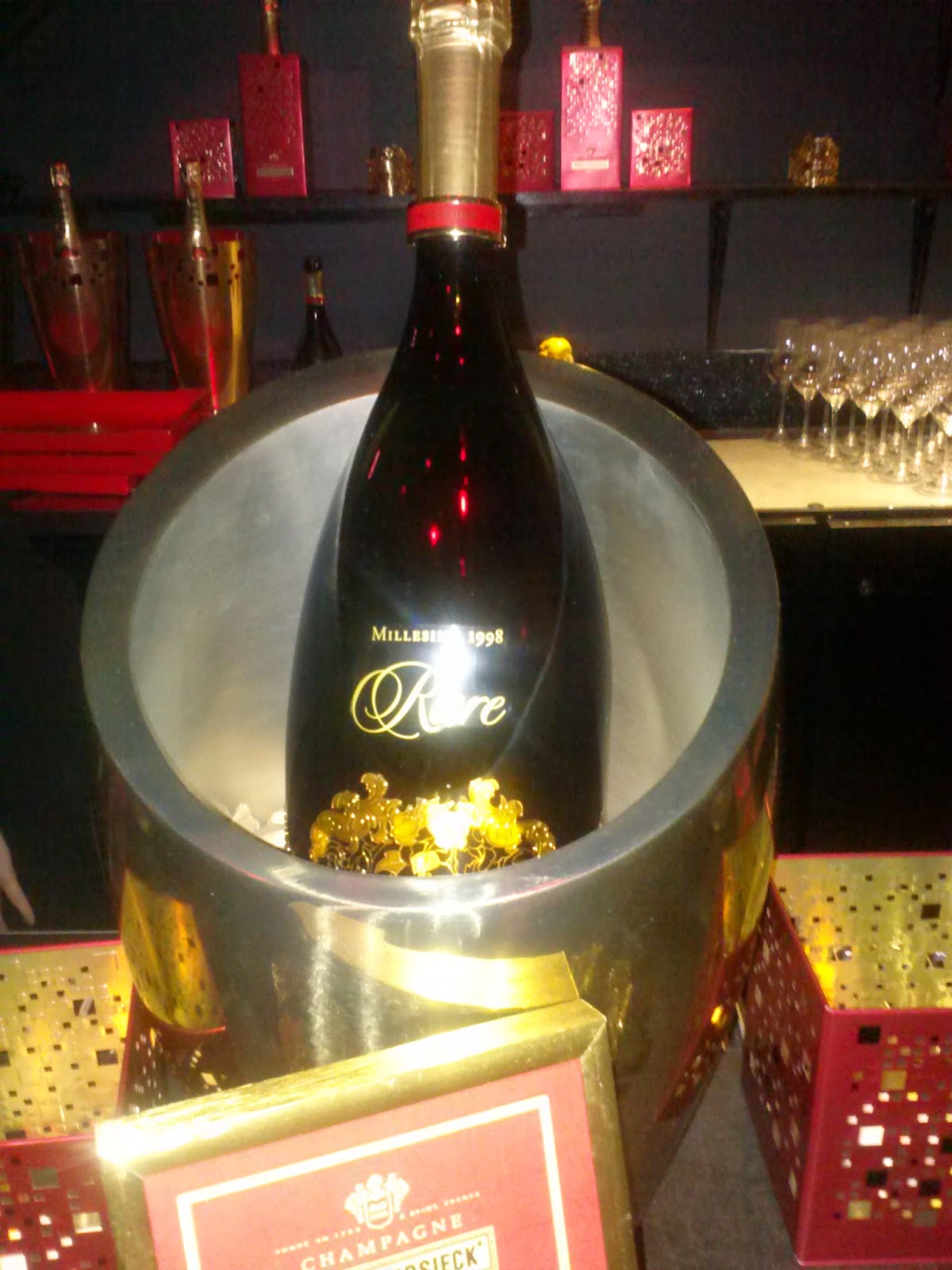 The evening proved that the ‘Rare’ wine years were years of unparalleled taste profiles.

The 2002, the first ‘Rare’ and current vintage for Mr.Camus, showed amazing acidity paired with abundant creaminess and a full-body. Its spiciness with Asian overtones will age well over the upcoming years.

The 1999 ‘Rare’ was fresh and vibrant with spice and citrusy overtones. The vintage year of 1999 was characterized as very hot and dry, the factors which create historical, opulent vintages. This vintage was one of them.

1998 proved to be a year of short periods of exceptional heat, thus creating a rich, mineral driven, elegant vintage that is on its way to stardom. Notes of orange blossom coupled with nectarine rind and cedar dominated my palate.

1990 proved to be a vintage where the rich, lush, full-bodied characteristics dominated the palate. Aromas of vanilla and ginger gave way to the pleasures on the palate of dried mango, white peach and peppercorn, thus creating a really elegant vintage.

The 1988 ‘Rare’ vintage year was a sunny, yet cool year, resulting in a fruit forward, spicy vintage that is full of personality and elegance.

1985 was a year of frost and frozen vines. The ‘Rare’ vintage showed its sturdiness with concentrated Hawaiian fruit paired with figs, dates and spice. The amber color indicated that this wine was in transition, at least visually. Pairing the wine with squab risotto resulted in a marriage made in heaven.

1979 was considered a banner year for Champagne. The ‘Piper-Heidsieck ‘Rare’1979’ exemplified the myth of that harvest. Elegant floral notes went hand in hand with a backbone of Madagascar vanilla and Kenyan coffee.

The Champagne region remembers 1976 as the year of the drought. Somehow, the Chef de Caves at Piper-Heidsieck had different thoughts. This, the oldest ‘Rare’ vintage available, spoke to purity and flavor.

When you say Champagne, say 'Rare' vintage Piper-Heidsieck. And take your hat off to Chef de Caves, Regis Camus and all his accomplishments for the last twenty years. 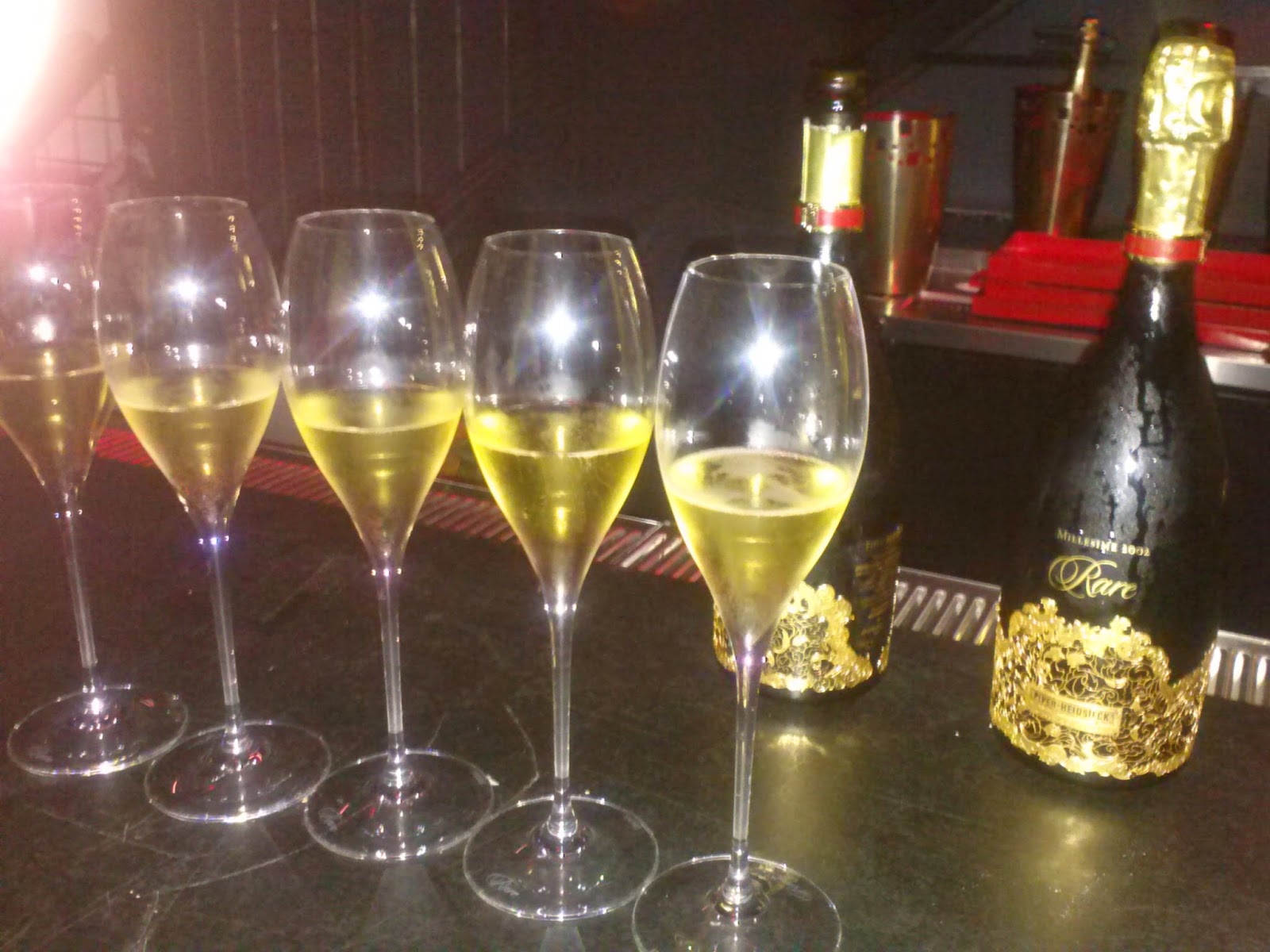 A wonderful window into Mr. Camus' world and is achievements! Bravo.