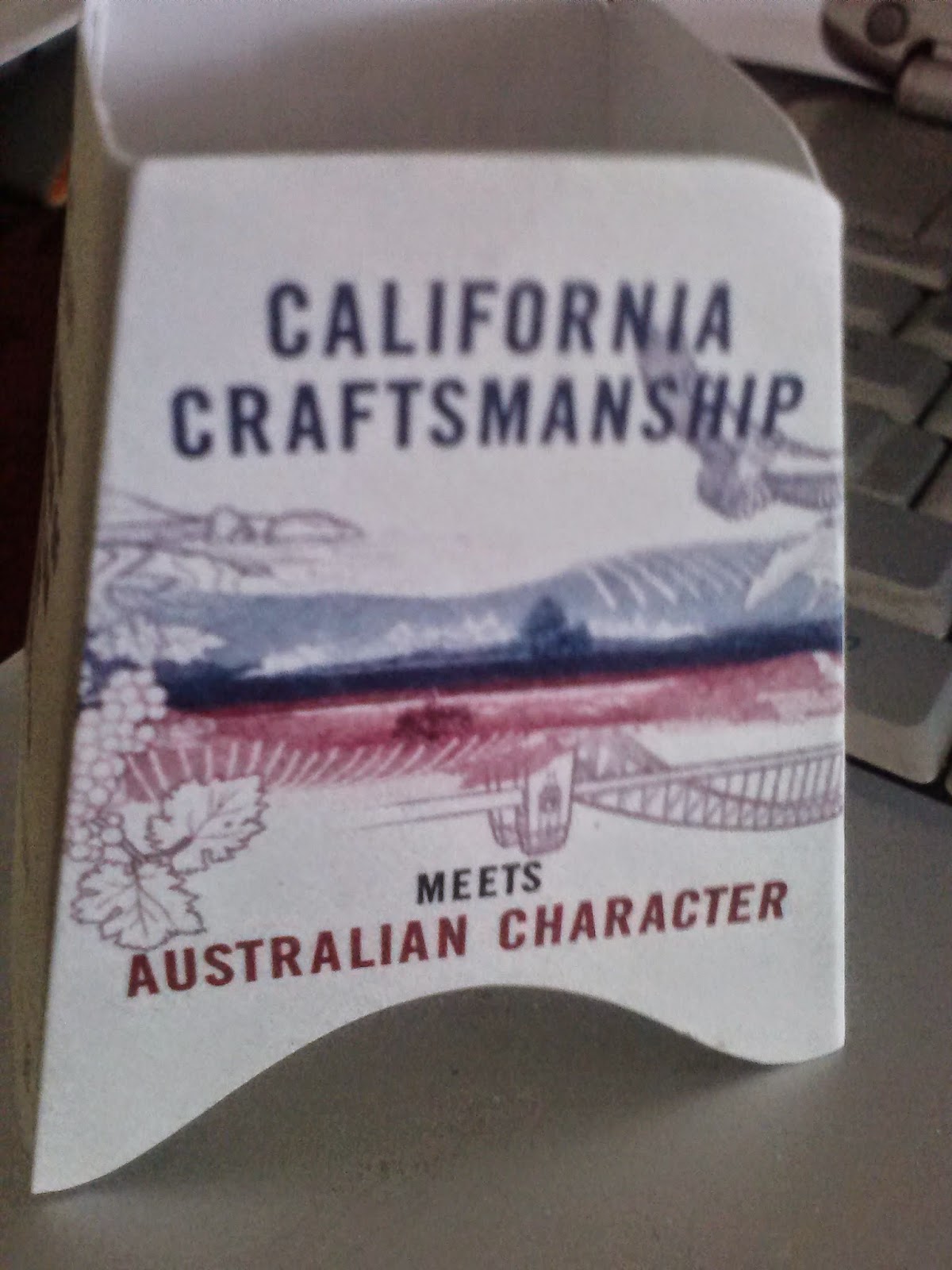 
‘Two Lands’, the name on the new Jacob’s Creek bottle says it all. It represents wine made in Australia with California sensibility.

According to winemaker Bernard Hickin, “Two Lands represents a California expression of Australian wine. The wine unites my passion for varietal expression with Ehren’s California flair—resulting in an Australian wine of vibrant character, with a silky texture that mirrors the hallmark of great California wines”.

The result of the venture is Two Lands, a wine made for the American palate and marketed exclusively to America, with a suggested retail price for all four varieties of $13.99 per bottle.

Sampling the four single varieties, Pinot Grigio, Chardonnay, Cabernet Sauvignon and Shiraz found my palate dancing in the street. Each wine was distinctive, had its own character and personality. In essence, all of the wines were affordable crowd pleasers. 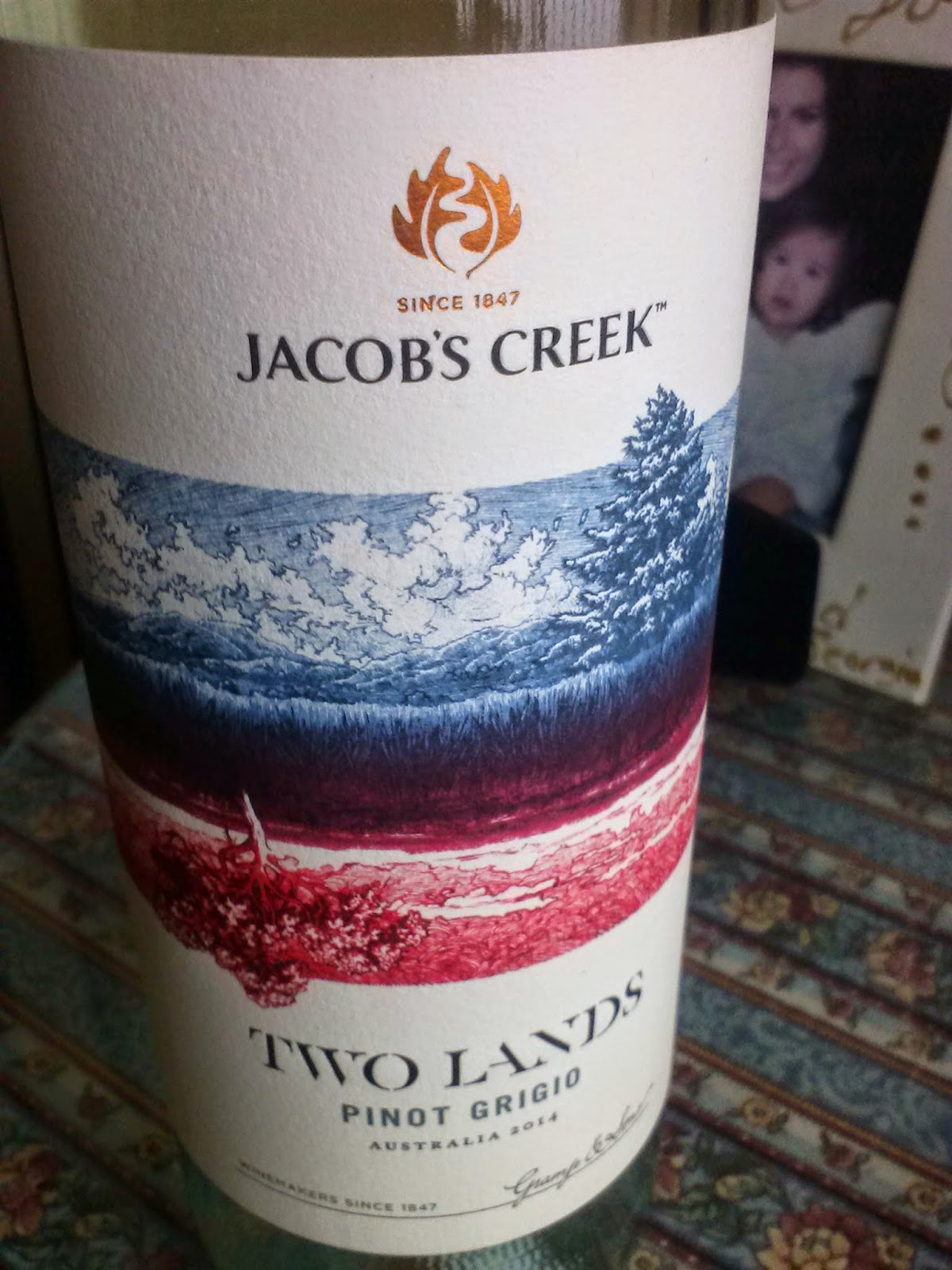 Jacon's Creek 2014 Two Lands Pinot Grigio is a fresh, lively food wine, made for seafood, chicken and light snacks. Winemaker Ehren Jordon sums up the wine this way, "This is a refreshingly crisp Pinot Grigio with ripe pear, quince and lemon citrus overtones and a delicate soft sweetness on the finish". 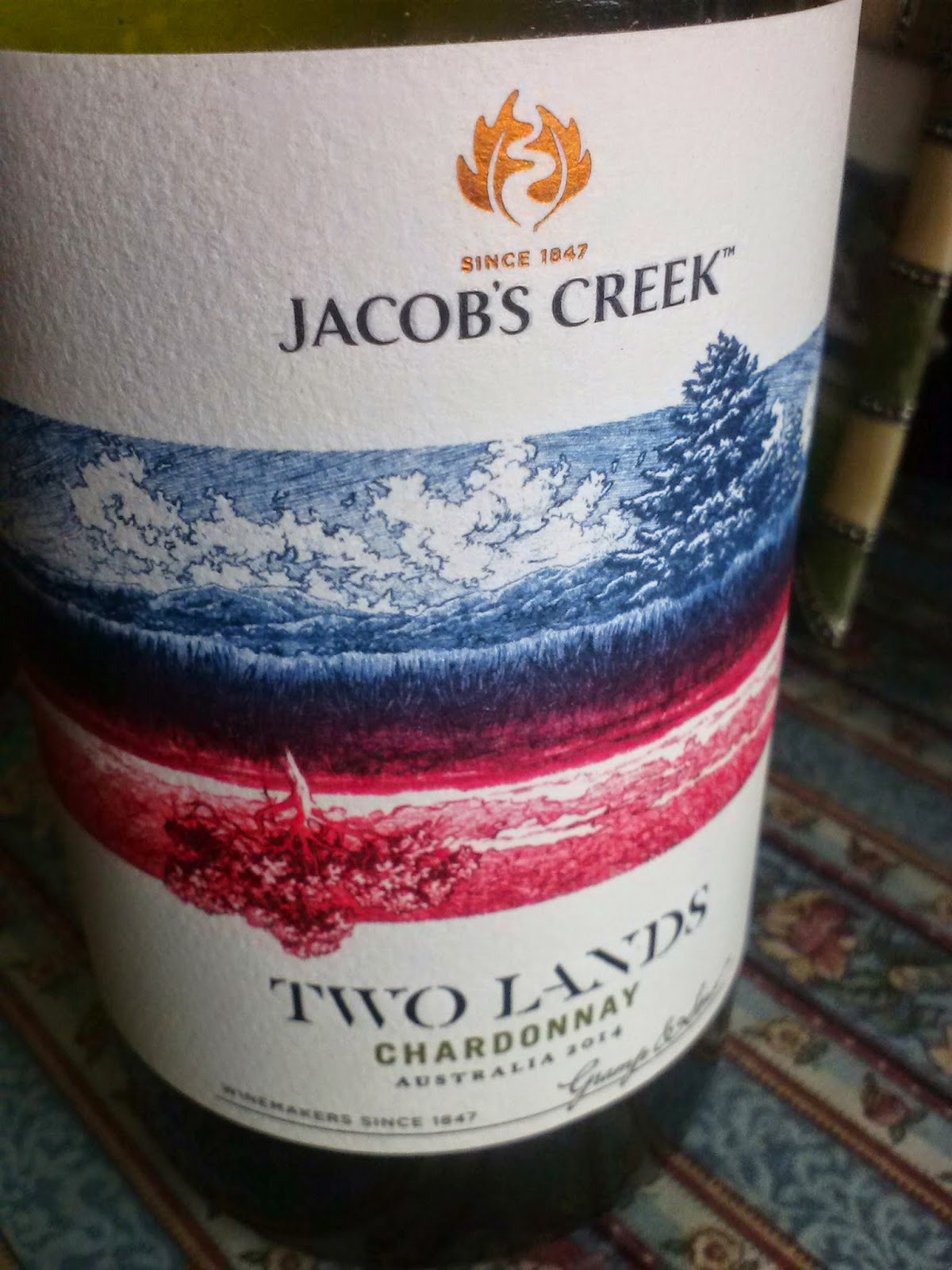 
Jacob's Creek Two Lands 2014 Chardonnay is a great example of a flavorful, well made wine that is curious on the palate. When west meets the west with Chardonnay, California style in mind, this delicious wine is the result. Mr. Jordon explains this vintage: " This wine is a soft, generous Chardonnay with ripe melon and white peach flavors, balanced with a touch of zesty citrus and finished with a hint of subtle oak". Winemaker Ehren Jordon comments on the Jacob's Creek Two Lands 2013 Cabernet Sauvignon. He says, " This wine is a generous, rich and smooth Cabernet with notes of blackberry and plum, balanced perfectly with a hint of oak". Yes, to me, it is what winemaker Jordon says and even more. I found the wine to be silky, medium-bodied, with traces of black pepper, dark cherry and cocoa on the palate. It is both a food wine and one that could stand on its own. I would cellar a couple bottles of  the wine until 2018 and taste the results. The Jacob's Creek Two Lands 2013 Shiraz is a masterpiece. It is overly flavorful, full of depth and a show stopper for a reasonable price. Hands down, the Shiraz was the overall favorite of thirty fellow bloggers who had the opportunity to sample this wine. Winemaker, Ehren Jordon concurs: " This wine is a full-bodied, flavorful Shiraz showing ripe red berry fruits, subtle oak and a generous, prolonged finish".

Australian ingenuity plays a big factor in the success of this project. If I were you, I would grab a bottle before it disappears.

Who ever knew? The wines must be interesting and actually are in everyone's budget. Thank you for letting the world know.