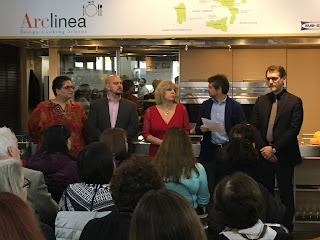 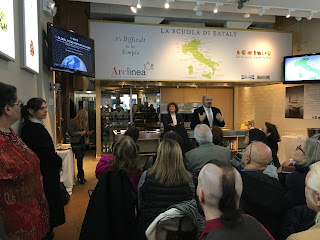 Emilia-Romagna is a region in northern Italy, extending from the Apennine Mountains in the south  to the Po River in the north. It is known for its rich gastronomy, medieval cities and seaside resorts.

Bologna is the capital. It is a vibrant city that is in touch with our future. Bologna recently recognized our planet with an award presentation that took place at Eataly in Manhattan. The ceremony was titled, ' Bologna Award For International Sustainability & Food' (2nd edition, 16 October 2017, World Food Day).

The initial award was celebrated at EXPO 2015 in Milan.

The award aims at fostering scientific research and initiatives in the agricultural and agro-food industry fields conducted by people, institutions and companies who operate in line with sustainable and long-lasting development.

The jury is chaired by Andrea Segre, president of CAAB and the FICO Foundation for Education.

What is interesting about the award of 20,000euro is that the recipient agrees to donate the prize money in favor of sustainability, long-lasting and solidarity initiatives. The winners of the first edition included Italian scientist, Salvatore Ceccarelli. He won for developing the ICARDA Center in Aleppo, Syria, which, has been, since, destroyed by ISIS. The center introduced new cereals for human and animal consumption.

The second winner was the non-[rofit organization, Northwest Atlantic Marine Alliance, founded by a group of fisherman from the northeast coast of America. The group promotes marine heritage as a common good for the planet.

The international launch of the second edition of the award was attended by the promoters of the award:

Simona Caselli, Councilor for Agriculture of the Emilia-Romagna region/

Virginio Merola, the Mayor of Bologna

Nominations for the 2017 award can be received up to 30 April 2017. The jury will announce a short list of winner, publicly, on 30 June, with the final winner/winners announced in the month of October, 2017

Information can be attained at: www.caab.it or by sending an email to Marketing at: marketing@caab.it