South Australia's Oldest Vineyard May Be Bulldozed for Housing 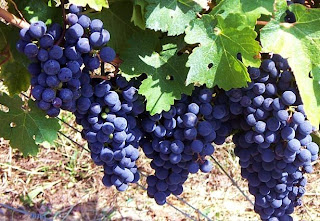 South Australia's oldest commercial vineyard site has been sold to developers to be subdivided into a housing development. The Stony Hill vineyard at Old Reynella in McLaren Vale was first planted to Cabernet Sauvignon in 1838 by the district's first settler, John Reynell. The announcement of the plan to develop the historic site has angered locals and wine lovers across the country.

"We'd like to see it preserved as vineyards, as a tribute to our early history," said Kris Hanna, the local parliament member and chairman of the Reynell Business and Tourism Association. McLaren Vale is under increasing pressure from the sprawling southern suburbs of Adelaide, despite assurances from politicians that vineyard sites will not be rezoned to residential land.

Nonetheless, the vineyard was sold by Constellation Wines to Pioneer Homes, which has lodged a council application for 41 high-density homes to be built on the site.

Constellation Wines Australia public relations manager Sheralee Davies said that the vineyard, just 0.8 acres in size, was identified a number of years ago as unviable. "Water access is a challenge and the small vineyard has become increasingly expensive to maintain," she said. The site is currently planted to 19- and 25-year-old Cabernet Sauvignon vines, which would be removed under Pioneer Homes' development plan.

Davies explained that the company is focusing its resources on its Hardy's Old Reynella headquarters and its public areas, located directly opposite the Stony Hill vineyard. "We have had to make some tough calls across the board and this is one of them," she said.

While acknowledging that the site has historical significance as the original location of John Reynell's vineyard, she said, "We're trying to run a business here and we need to be responsible in the way that we maintain it."

Some in the industry have suggested that the vineyard was the original source of the Reynella clone of Cabernet Sauvignon, which has since been planted across Australia. It's more likely that the clone originated from the nearby Reynella vineyard, planted by Reynell shortly after Stony Hill. Constellation has declared that it plans to continue to maintain the Reynella vineyard.
By Luiz Alberto, #winelover - May 29, 2009

I was recently reading in The Spectator that some old vines were moved to another vineyard with only a small loss (10-15%). So maybe some enterprising someone would do the same with these old vines... But then again, it costs. And as we know what thrives in one area may not in another...