“Morellino Week” in the US 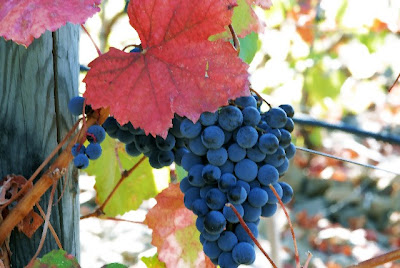 The Consorzio Tutela Morellino di Scansano DOCG concluded its first tour of the United States last Friday, wrapping up a whirlwind week of press and trade appointments in Chicago, New York City and Miami. Local wine experts in each of the cities led educational seminars about the wines of the Morellino di Scansano DOCG region. The seminars were followed by the Grand Tasting in each city, where the producers showcased their wines and met members of the wine press and trade.

The “Morellino Week” tour guided members of the US wine trade and press in their exploration and knowledge of this distinctive area of Tuscany, and tastings to discuss the wines representative of the region's signature variety, Sangiovese. The first seminar in Chicago was lead by wine expert, Tom Hyland at the Hotel Sax. In New York City, the Consorzio participated in the Vinitaly World Tour at the Metropolitan Pavilion on Wednesday, October 19th, where Robin Kelley O'Connor presented the seminar. The final leg of the tour took the Morellino di Scansano Consortium to Miami, to the Fontainebleau Hotel on Friday, October 21st. Wine educator Charlie Arturaola presented the lively seminar.

Morellino di Scansano is produced in the hilly area of the province of Grosseto, between the Ombrone and Albegna rivers. It includes the entire community of Scansano and parts of Manciano, Magliano in Toscana, Grosseto, Campagnatico, Semproniano and Roccalbegna.

Morellino di Scansano wines are all made from at least 85% Sangiovese grapes. The remaining 15% can be indigenous varieties such as Alicante or Ciliegiolo or international varieties such as Cabernet Sauvignon and Merlot.


As Philip Kampe said in his article, "MORELLINO di SCANSANO is my new red wine of choice. Pretty strange, considering only a week ago, I knew very little about the wines!!"

http://www.thewinehub.com/
One of the pillars of TheWineHub is Wine Tourism. Whether you are a wine maker, or a wine drinker, we all enjoy having discoveries...
TheWineHub exists to help you with that.
By Luiz Alberto, #winelover - October 27, 2011