San Patrignano: 31 years on the side of life. 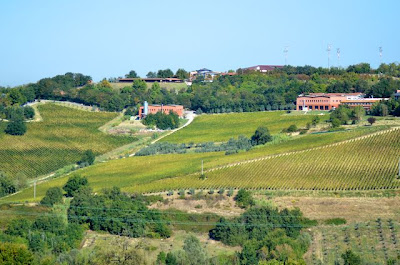 In 1978, Vincenzo Muccioli, along with a group of friends who wanted to take concrete action to combat marginalization and drug addiction, welcomed the first group of young people into a house his family ownedin the hills above Rimini. This was a pioneering experiment, undertaken to fight a tragic phenomenon that was clearly visible in every piazza of Italy, but which had met with no structured response from the government. In its early years, the Community had to struggle to keep up with constant pleas for help from desperate families. Muccioli believed strongly in freedom from drug use and was prepared to make a commitment to making it happen. Kidnapping charges were brought against him, along with other volunteers, for having chained up several residents at their own request, to keep them from leaving the Community and going back to drugs. The “chains trial” came to a close in the mid-1980s with a full acquittal, including in the Court of Cassation, due in part to the mobilization of civil society. 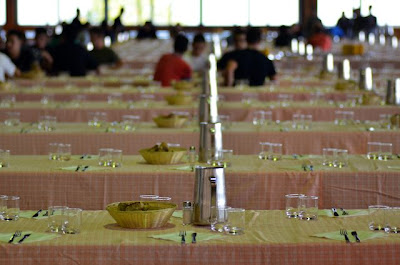 By 1982, San Patrignano was home to approximately 200 people, mostly housed in trailers. Around the central core of the farmhouse the first workshops, livestock areas, and gardens sprang up, to give everyone the chance to channel their skills and find strength and motivation in daily work. San Patrignano, in the meantime, gained official recognition from the Italian government as a foundation and charity, to which Vincenzo and his family donated all their real estate. The Community opened separate locations in Novafeltria and Trento. In 1992, it had a total of approximately 2000 residents.

San Patrignano expanded and improved its facilities: bedrooms and outbuildings were built, as well as a vast new dining hall and equestrian centre. Construction also began on a multipurpose–medical centre to combat AIDS, which had begun to reap victims from among the young residents.

In 1990, Muccioli contributed to the drafting of the Iervolino-Vassalli bill, which reiterated the illegal nature of druguse. But in March 1993, after accusations by a former resident regarding a crime committed at San Patrignano in 1988, the Community found itself back in the spotlight and Muccioli
was charged with complicity to commit murder. Investigations found that this crime had been carried out years earlier by a small group of residents whose activities those in charge had been unaware of - an insular, self-contained little band carrying out acts of tyranny and violence. At the trial in 1994 Muccioli was acquitted of the manslaughter charge and sentenced to eight months for aiding and abetting the crime, for having failed to report the perpetrators in order not to break the confidential agreement he had with them. The Court emphasized the high human andsocial value of his work.
However, on 19 September 1995, deeply embittered and exhausted by controversies and accusations, Vincenzo died. The continued life of the Community, which had been called into question by many politicians and commentators, was ensured by his son Andrea, who took up his father’s difficult legacy
together with staff members and volunteers already working there permanently.

In 1996 the first “Vincenzo Muccioli Challenge” international show jumping competition was
held, with the world’s top riders taking part. The following year, the Community received certification as a non-governmental organization (NGO) and the status of Special Consultant to the Economic and  Social Councilof the United Nations. 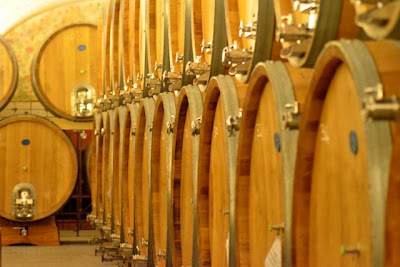 In 2002 and 2004, along with other major volunteer organizations and private social institutions, San Patrignano organized and managed the national drug abuse prevention campaigns for the Prime Minister’s office. There was an increase in the number of new residents who had never taken drugs intravenously, but in other ways, and the Community had to fine tune its model of integration and recovery. The positive results achieved were demonstrated by numerous independent studies, which found the rate of full recovery after the educational program to be 73 percent. In 2004 the Community conceived and held the first “Squisito!” food and wine show, dedicated to showcasing excellence in the field of food and hospitality, an event that was to be repeated every year. Moreover, it hosted events and conferences for important organizations incivil society.

Every year, thousands of students and professionals from Italy and around the world come to learn more about San Patrignano, which has also increased its contact with the internet through websites presenting its institutional initiatives and prevention projects. In 2005, the first European show
jumping championship was held at the equestrian centre, with the active participation of all the Community residents. The following year, the Schwab Foundation, organiser of the Davos World Economic Forum, awarded Andrea Muccioli the title “Social Entrepreneur of the
Year”.

2006 marked the start of the 2You project, conceived by San Patrignano and implemented in 20 cities around Italy. The goal of these centers, which are managed in partnership with five major associations, is to contribute to the education of school-aged young people, while fighting social problems and the
dropout phenomenon. 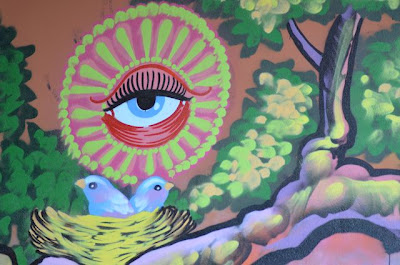 San Patrignano’s prevention work also includes the presentation, in twelve Italian regions, of
theatrical performances based on peer-to-peer education. These shows, organized in agreement with schools, have been seen by tens of thousands of students. From 2007 to 2008, thousands of students and Italian and international professionals visited the community, which expanded its Internet contacts with websites providing information about its institutional activities and prevention projects.

San Patrignano celebrates the 30th anniversary of its foundation. Since ’78, the community has welcomed over 20,000 young people, 70% of whom have been fully reintegrated into society.
Starting in October 2009, San Patrignano’s education activities will become “WeFree”. This new name better conveys the true meaning of “our brand” of prevention: helping kids grow up conscious of their
responsibilities with respect for themselves and others, avoiding all forms of addiction. 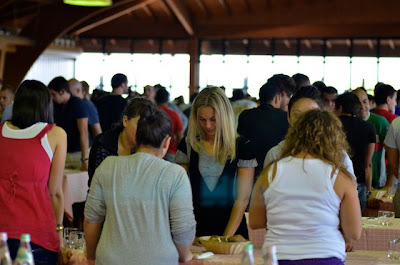 Mission and
guiding values.
To learn more about this wonderful cause: www.sanpatrignano.org
Follow San Patrignano on Twitter: http://twitter.com/#!/SanPatrignano

http://www.thewinehub.com/
One of the pillars of TheWineHub is Wine Tourism. Whether you are a wine maker, or a wine drinker, we all enjoy having discoveries...
TheWineHub exists to help you with that.
By Luiz Alberto, #winelover - October 29, 2011

Great to read this! I tasted their wines yesterday, and talked to their export manager. So surprised to see this today:-) Kind regards, Natasha