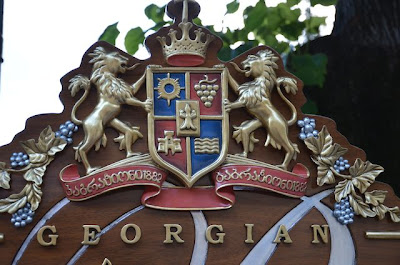 If one searches for “Republic of Georgia” on Google, the top result comes from the BBC news: “Situated at the strategically important crossroads where Europe meets Asia, Georgia has a unique and ancient cultural heritage, and is famed for its traditions of hospitality and cuisine.” 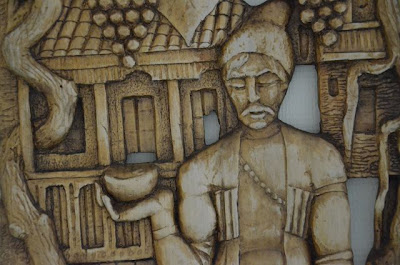 With such good credentials, it’s easy to imagine that Georgia would be a natural candidate for the top spots in the tourism industry, as many other nice things can be said about the country. However, if you have ever been there, you probably can relate to this description: Unfinished beauty. Mountain ridges and hills occupy about eighty percent of the country, so everywhere you look in rural Georgia, there’s some sort of a beautiful background to the scene. The “unfinished” part comes from recent wars and struggles of the country. It’s very hard to find buildings that have been painted entirely, as the soviet “grayness” is still very much present in the way everything is built. This fact alone may present a few challenges to any effort to promote tourism in the country, but this becomes almost irrelevant if one listens to the story that goes around when Georgians talk about how they came to possess the land they deem the most beautiful in the world: When God was distributing portions of the world to all the peoples of the Earth, the Georgians were having a party and doing some serious drinking. As a result they arrived late and were told by God that all the land had already been distributed. When they replied that they were late only because they had been lifting their glasses in praise of Him, God was pleased and gave the Georgians that part of Earth he had been reserving for himself. 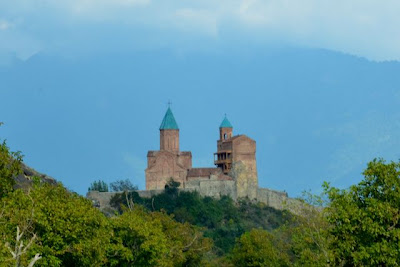 This is probably the best marketing campaign ever created for a country! Who will not be interested in visiting the place on Earth that God had reserved for himself? On top of that, Georgia claims to be the birthplace of winemaking, where some 10,000 years ago wine production started. This is arguable, but some archaeological evidence suggests that the earliest known wine production occurred in what today is the country of Georgia. Moreover, wine is still made today in the country as it was made thousands of years ago, in a Qvevri (a large clay vessel that is buried in the ground). A symposium on Qvevri wines was held in Georgia in September with some famous participants on the fore, such as wine writer Alice Feiring and Isabell Legeron MW. These people are very involved in what’s called the “natural wine movement”, and one can certainly assume that this fact alone will help bring attention to the Georgian wine industry. 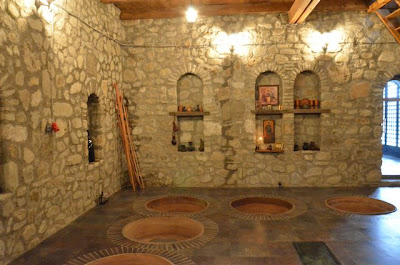 Speaking of Qvevris, one of the highlights for any wine lover who has been to Georgia must be the Alaverdi Monastery, located 25 km from Akhmeta, in the Kakheti region of Eastern Georgia. Parts of the monastery date back to the 6th century. The beautiful cathedral dates to the 11th century but, more importantly (being in the wine industry), amazingly good wines are being made there in Qvevris by the monks.  And if you love wine, this is one of those unique experiences in life. This is not just another Georgian attraction, but more likely a “must visit” to anyone who loves wine. Not to be missed! 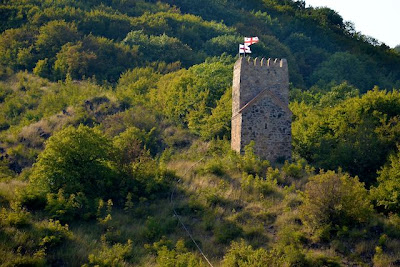 The Republic of Georgia is a “great unknown” to most Americans. The easiness to pronounce its name is counteracted by the confusion it brings. Who is going to think of the country of Georgia when the United States has a state named Georgia? If someone says “Georgia is on my mind” without the specific context, everyone is going to think that the person is going to Atlanta or Savannah… Besides, Georgia was until recently, “just” one of the members of the USSR, and not much of its history, geography, and culture were taught in American schools. It’s easy to assume that Americans, in general, have very little knowledge about the country of Georgia, and that definitely doesn’t help to spur the interest of “mainstream tourists”. With that being said, however, the more adventurous type of tourist will possibly be attracted to the mysteries and the uniqueness of Georgian culture. Lack of knowledge in this case is not a barrier to tourism, but rather an incentive. 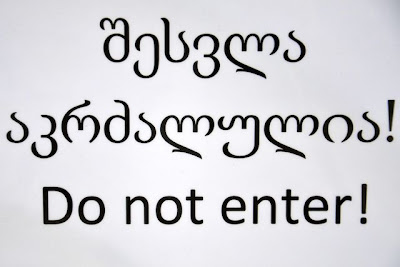 Language can be another barrier: Georgian, a South Caucasian (or "Kartvelian") language is one of the oldest living languages in the world and has its own distinct alphabet. In practice, for a tourist what it means is that if a sign is not in English (there are some), you won’t have a clue of what it means. Unlike some other western languages where the meaning can be deducted by logic or similarity, you won’t be able to tell (from a sign) what a restaurant is. Therefore, touring the country without a guide or a Georgian friend can be challenging. A company offering guided tours is possibly the only recommend option for American tourists. 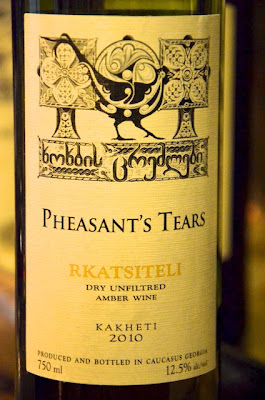 Leaving the touristic side of Georgia for a minute, the possibilities to sell their wine in the US should also be explored. Apparently there’s already a presence in the US market, but the volumes sold seem to be very limited and the areas where they can be found, even more so. A viable strategy would be to sell the wines DTC (Direct to Consumer) as it would expand tremendously the markets where the wine can be purchased (currently, 24 states allow direct shipment to their residents). The almost direct relation “winery x consumer” avoids the mark ups that are pertinent to the 3 tier system (winery > importer > distributor > retailer > consumer), and makes the wine more attractive financially by being able to provide a significant price reduction. Moreover, if a high quality-price ratio is perceived by the consumer, more likely he or she will purchase it. 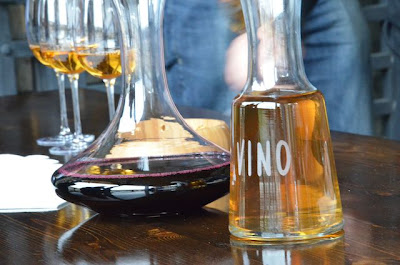 One very important question to be asked prior to any decisions on importing wines into the US is which wine style the American is interested in buying. The very traditional, flavorful (but sometimes unpalatable) Qvevri wines that have, as mentioned above, a strong pull from the “natural wine movement” subscribers; or what is called “European style”, a much more approachable type of wine to the American palate? Regardless of personal tasting preferences, it would be hard to argue that the correct answer is “both”. The more traditional Qvevri wines have an appeal on some segments of the market, but it’s unquestionable that a more accessible style should also be made available to less acquired tastes. The good news is that some of the wineries in Georgia can offer both styles with good quality. 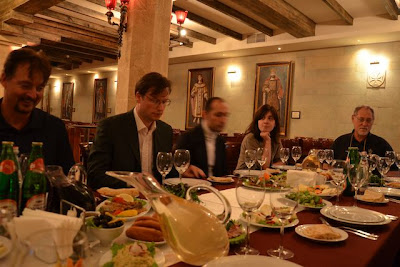 With all of that being said, one thing I know for sure: The hospitality of the Georgian people is amazing and I want to go back for more. And I will, on occasion, also revisit the country just by drinking some of their lovely wines here in the US...
Cheers,
LA
TheWineHub Store

http://www.thewinehub.com/
One of the pillars of TheWineHub is Wine Tourism. Whether you are a wine maker, or a wine drinker, we all enjoy having discoveries...
TheWineHub exists to help you with that.
By Luiz Alberto, #winelover - October 02, 2011

Looks like you were in good commpany I see Joel Butler and Pat Farrell, Is that Rebecca Chapa as well?

It's all about being in good company Mark! No, we had Rebecca Murphy in our group, but that is not her in the picture...
Cheers!